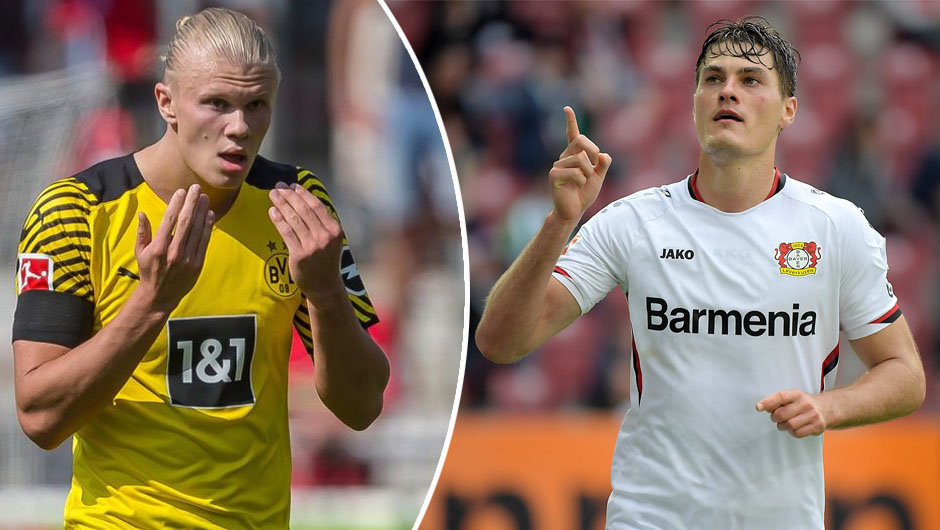 Bayer Leverkusen and Borussia Dortmund will take on each other in the Bundesliga matchday 4 at the BayArena on Saturday. The kick-off is at 15:30 CEST.

Even though Gerardo Seoane started off his reign at the helm of Leverkusen with a 1-1 draw against Union Berlin in mid-August, the Swiss manager went on to lead Bayer to consecutive victories over Borussia Monchengladbach (4-0) and Augsburg (4-1) before September's international break. Thus, the hosts are coming into this encounter sitting in second in the German top flight table, two points behind Wolfsburg, who have claimed three wins in the opening three matchdays.

Dortmund, for their part, were beaten by Freiburg 2-1 in between their victories over Eintracht Frankfurt (5-2) and Hoffenheim (3-2) in Marco Rose's three opening league matches in charge of BVB last month. As a result, BVB are now fifth in the standings, one point adrift of their forthcoming opponents.

While Charles Aranguiz, Exequiel Palacios and Piero Hincapie won't play for Bayer due to Covid-19 travelling rules, Julian Baumgartlinger, Timothy Fosu-Mensah and Edmond Tapsoba will miss Saturday's clash due to injury. Emre Can, Soumaila Coulibaly, Mateu Morey, Marcel Schmelzer, Dan-Axel Zagadou and Giovanni Reyna, meanwhile, won't help Borussia on the weekend as they all remain on the sidelines.

Bayer and Borussia have scored 23 goals combined in their previous five Bundesliga fixtures, so it would be no wonder to see another thriller between the two on Saturday. Moreover, Dortmund have conceded six times in the opening three matchdays and thus we can't see BVB keeping their first clean sheet in the 2021/22 season at the BayArena. On the other hand, Dortmund have Erling Haaland, who has scored three and set up the same number of goals in the German top flight this term so far, so let's stick with Rose's men this time around.

Borussia Dortmund to win or draw and both teams to score at 1.92 with 1XBET.