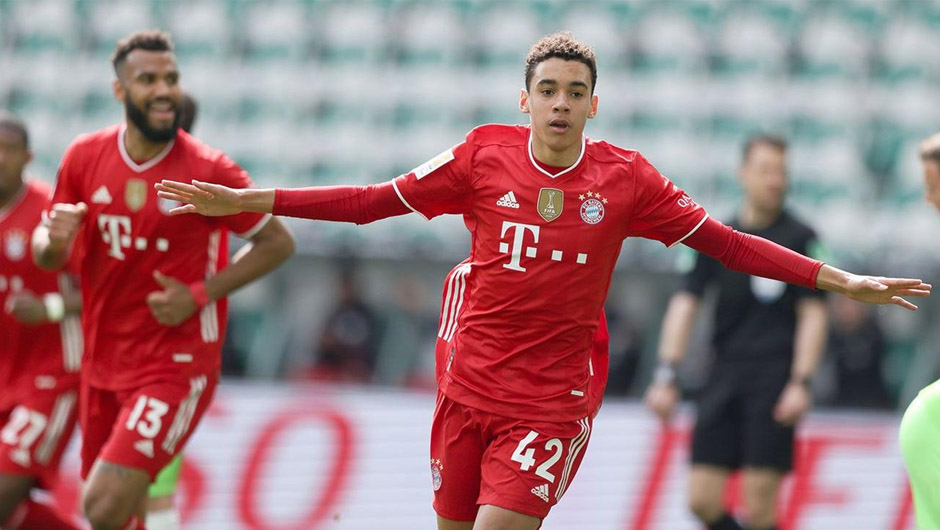 Bayern Munich and Bayer Leverkusen will face off at the Allianz Arena in the Bundesliga matchday 30 on Tuesday. The kick-off is at 20:30 CET.

Despite drawing Union Berlin two weeks ago and then crashing out of the Champions League at the hands of Paris Saint-Germain last week, Bayern managed to return to winning ways in a crucial encounter with Wolfsburg on Saturday. Hansi Flick's men defeated the Wolves 3-2 thanks to Jamal Musiala's brace and a goal from Eric Choupo-Moting while second-placed RB Leipzig shared points with Hoffenheim the day before and thus the Bavarians are now leading the league table by impressive seven points.

Bayer, meanwhile, have enjoyed a three-game unbeaten streak under the guidance of interim manager Hannes Wolf since sacking Peter Bosz in March, including a confident 3-0 win against Koln over the weekend. The Company's Eleven's earlier struggles this term, however, make their hopes of qualifying for the Champions League all but impossible as Bayer are now sixth in the standings, six points adrift of fourth-placed Eintracht Frankfurt.

Robert Lewandowski has finally recovered from his knee injury and could be given some minutes on Tuesday while Douglas Costa, Marc Roca, Ron-Thorben Hoffmann and Malik Tillman all remain sidelined. Bayer, meanwhile, will be travelling to Munich without injured Florian Wirtz, Santiago Arias, Timothy Fosu-Mensah and Julian Baumgartlinger.

Leipzig's draw with Hoffenheim last week means that Bayern have been cleared the way to their ninth consecutive Bundesliga title. The Bavarians, however, have also been tasked with a search for a new head coach lately as Flick announced that he'll be leaving the Allianz Arean at the end of the season over the weekend. That was a rather unexpected move from Hansi which could potentially influence his side's performance in mid-week. We'd say that this clash doesn't promise to be a hugely entertaining one as Bayer have conceded just once in three games under Wolf.