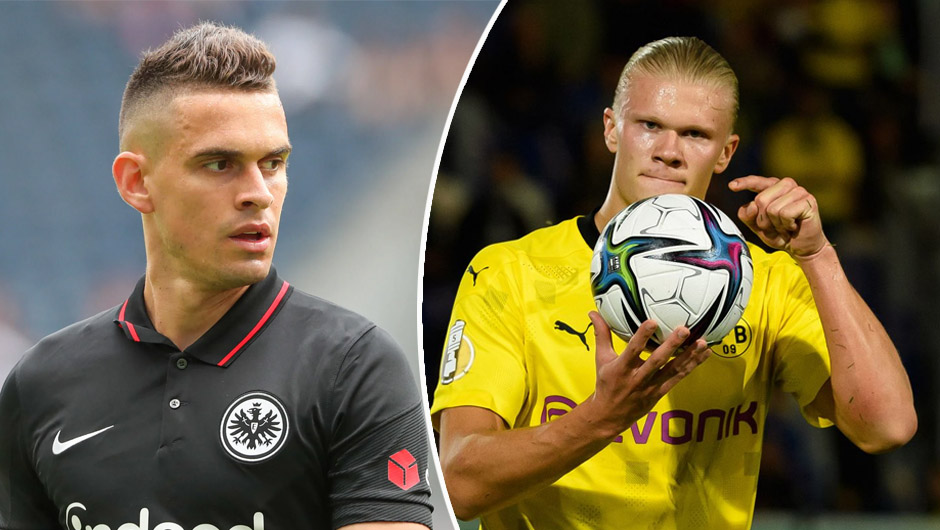 Borussia Dortmund will take on Eintracht Frankfurt in the Bundesliga matchday 1 at Westfalenstadion on Saturday. The kick-off is at 18:30 CEST.

BVB once again failed to challenge Bayern Munich for the German top-flight crown last season but they still managed to finish third behind the Bavarians and RB Leipzig under the guidane of assistant manager Erdin Terzic who replaced Lucien Favre in the dugout in December. Now, it'll be former Borussia Monchengladbach head coach Marco Rose who leads Dortmund in the 2021/22 campaign. After claiming two victories and two losses during the pre-season, BVB defeated Wehen Wiesbaden 3-0 in the first round of the German Cup over the weekend to celebrate Rose's debut official match at the helm of the club with a comfortable win.

As well as their forthcoming opponents, Eintracht replaced Adi Hutter, who moved to Gladbach, with ex-Wolfsburg manager Oliver Glasner this summer. What's more, the Eagles will have to cope with the departure of their key striker Andre Silva to Leipzig in the upcoming season. While Rose kicked off his reign at Dortmund with a victory in the domestic, it wasn't the case for Glasner as Eintracht were eliminated from DFB-Pokal by Waldhof Mannheim on Sunday (2-0).

Despite losing Jadon Sancho to Manchester United earlier this summer, Dortmund are unlikely to miss the Englishman for two long with Dutch starlet Malen now on board. Moreover, Erling Haaland, who netted 41 goals in 41 appearances last term, is showing no signs of slowing down as he bagged a hat-trick against Wiesbaden in his first match of the season. We do expect the Norwegian to make the difference on Saturday but the number of BVB's defensive absentees makes BTTS all but confirmed thing to happen in the forthcoming clash.

Borussia Dortmund to win and both teams to score at 2.34 with 1XBET.