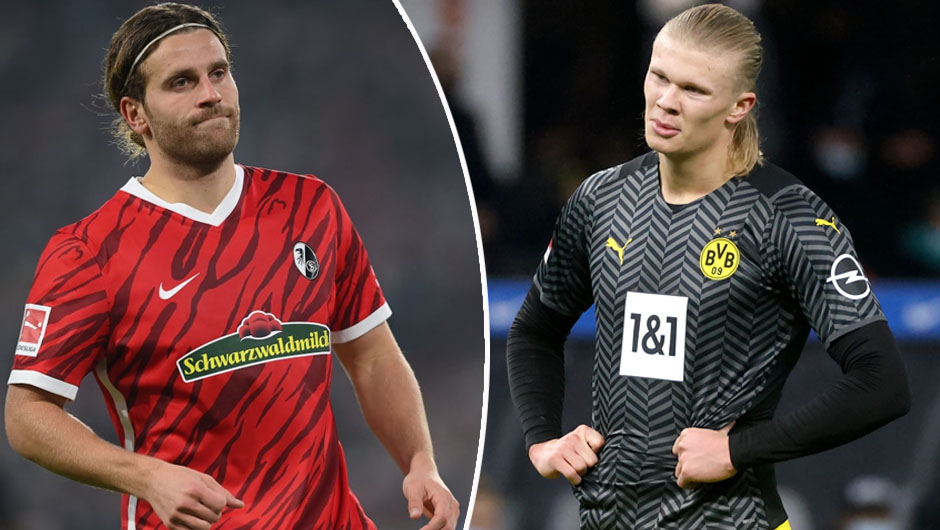 Borussia Dortmund will take on Freiburg in the Bundesliga matchday 19 at Westfalenstadion on Friday. The kick-off is at 21:30 CEST.

Just when it looked like the title race in the 2021/22 German top flight season is over, Bayern Munich suffered a 2-1 loss to Borussia Monchengladbach last Friday. Second-placed Dortmund, for their part, didn't miss the chance to move six points to the Bavarians by defeating Eintracht Frankfurt 3-2 in a phenomenal comeback victory the following day. Still, Marco Rose's men have only won twice in their previous five Bundesliga meetings with consistency being their biggest problem this term so far.

Freiburg, meanwhile, 'boast' a similar record of just two victories in their latest five league fixtures but Christian Streich's side will travel to Dortmund on the back of a disappointing 2-2 draw with Arminia Bielefeld last time out. As a result, Breisgau Brazilians have found themselves in the fourth position in the table with 30 points, seven points adrift of Borussia, which is well above any expectations.

Even if Dortmund are placed as the hot favourites to claim a victory in this encounter, we wouldn't be so confident about their chances against Streich's crop given the level of the latter side's performances this season so far. What's more, it were Freiburg who celebrated respective 2-1 wins in their latest two head-to-head meetings, including the one in the current campaign's reverse fixture in August. However, BVB have won eight out of their nine home league matches this term, so let's give the hosts a slight advantage this time around.

Borussia Dortmund to win or draw and both teams to score at 1.97 with 1XBET.