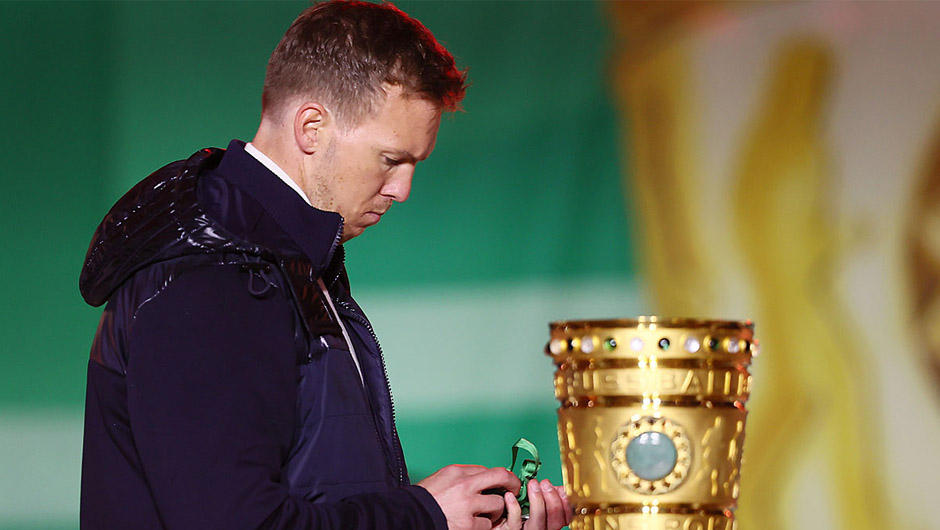 RB Leipzig will play hosts to Wolfsburg in the Bundesliga matchday 33 on Sunday. The kick-off is at 20:30 CET.

It'll be the standout fixture of this weekend's round of matches in the German top flight as third-placed Wolfsburg will travel to Red Bull Arena with a view to leapfrog Leipzig in the second spot. With two games to go this season, the Wolves are just four points behind the Red Bulls in the league standings.

What gives the visiting side some advantage ahead of the forthcoming encounter is that Leipzig come into this clash on the back of a 4-1 thrashing at the hands of Borussia Dortmund in the German Cup final on Thursday. Wolfsburg, for their part, defeated Union Berlin 3-0 in the Bundesliga last week and thus have had four days more to prepare for this one.

Apparently the recent announcement of Nagelsmann's move to Bayern Munich at the end of the season has affected Leipzig's mindset as the Red Bulls have suffered back-to-back defeats to Dortmund since then. Leipzig have to claim three points in the remaining two league matches to secure the top-two finish so Nagelsmann could rest some of his key players on Sunday in order to get the job done in next week's clash with Union Berlin. Wolfsburg, in turn, badly need a victory on this one as fourth-placed Dortmund and Eintracht Frankfurt, who sit in fifth, are only two and three points behind them respectively in the table and thus the Wolves could potentially miss out on the top-4 finish this term if they lose in Leipzig. Thus, we'd give a nod to the visitors in this encounter.

Wolfsburg to win or draw and both teams to score at 2.53 with 1XBET.