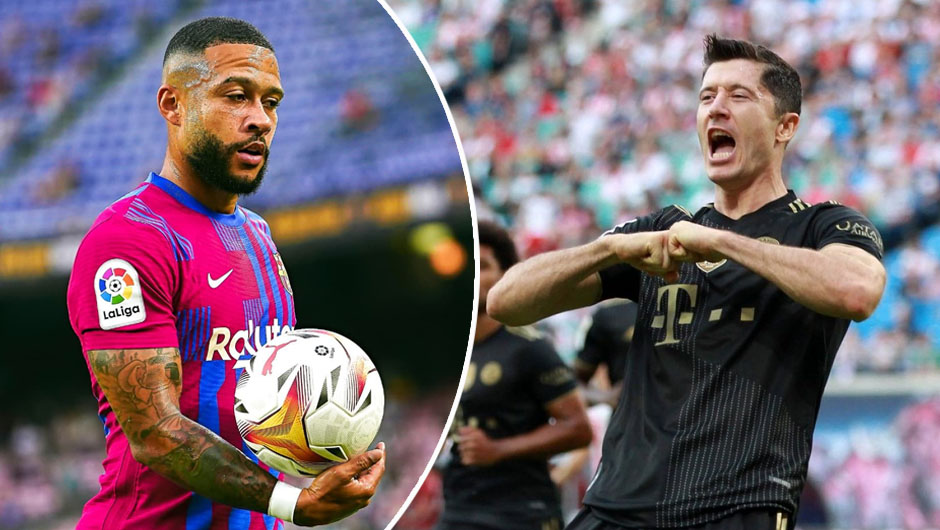 Barcelona and Bayern Munich will go head-to-head in the Champions League matchday 1 at Camp Nou on Tuesday. The kick-off is at 21:00 CEST.

Even with Lionel Messi in their squad Barcelona finished in third in La Liga last season to qualify for the 2021/22 CL group stage. Now, the Catalans will be battling with Bayern, Benfica and Dynamo Kyiv in Group E without their living legend who departed to Paris Saint-Germain last month due to the club's financial problems. Moreover, Barca also parted company with Antoine Griezmann this summer for the same reason. Nevertheless, Ronald Koeman's men have enjoyed an unbeaten start to the season in the Spanish top flight as they've taken seven points from the opening three matchdays. As a reminder, the Blaugrana were due to take on Sevilla in the matchday 4 over the weekend but the game was postponed due to the late arrivals of both teams' South Americans from an international duty.

The Bavarians, in turn, opted for Julian Nagelsmann in the dugout following Hansi Flick's departure from Munich in May to take over at the Germany national side. Even though Bayern started life under the new manager with a 1-1 stalemate at Borussia Monchengladbach in mid-August, they've won the following five matches across all competitions, including a 3-1 victory over Borussia Dortmund in the German Super Cup and most recent 4-1 thrashing of Nagelsmann's ex-club RB Leipzig on Saturday.

Sergino Dest, Martin Braithwaite, Sergio Aguero, Ousmane Dembele and Ansu Fati will not help the hosts on Tuesday due to respective injury woes. Corentin Tolisso, meanwhile, is the only confirmed absentee in Bayern's squad.

Well, the Bavarians destroyed Barca 8-2 on their way to the 2020/21 Champions League title just over a year ago and it would be fair to say that the Catalans have become a much weaker team since then, given the exits of Messi and Griezmann. Add to this all the injury absentees in Koeman's set-up and it'll take the Catalans a miracle to stop in-form Nagelsmann's side at Camp Nou. Therefore, we'd say that there's no way Barca are going to scoop some points on Tuesday.