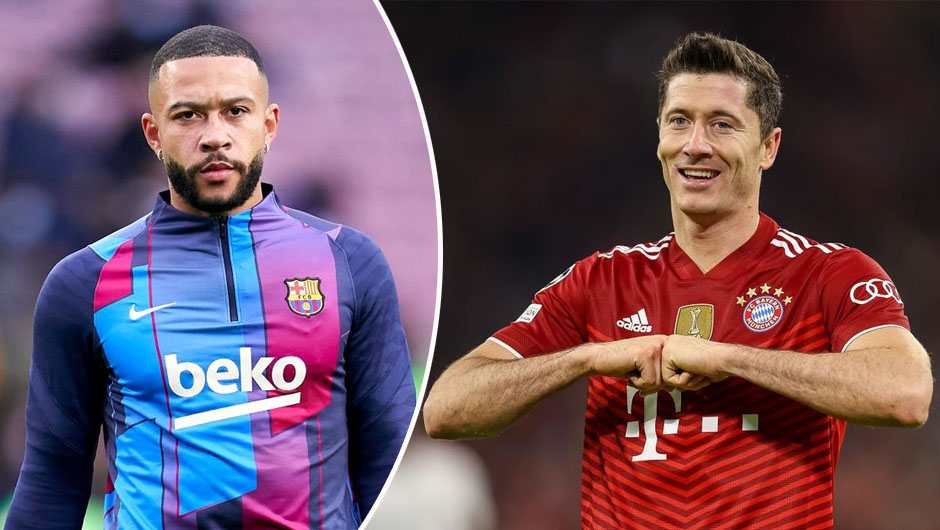 Bayern Munich and Barcelona will go head-to-head in the Champions League matchday 6 at the Allianz Arena on Wednesday. The kick-off is at 22:00 CEST.

It's all quite simple for Bayern ahead of the final Group E matchday as Julian Nagelsmann's men have already qualified for the 2021/22 CL knock-out round as the group winners having registered five wins in five matches so far, including a 3-0 thrashing of Barcelona at Camp Nou in September. Hence, the Bavarins could allow themselves to rest their key players on Wednesday following an extremely hard encounter against Borussia Dortmund over the weekend when Robert Lewandowski's brace and Kingsley Coman's strike were enough to cancel goals from Julian Brandt and Erling Haaland to move four points clear of their bitter rivals at the top of the Bundesliga table.

Barcelona, on the contrary, face a difficult challange of beating Bayern in Munich as Xavi Hernandez's side are yet to secure themselves a spot in the knock-outs. As things stand now, the Catalans are second in the standings with seven points while third-placed Benfica are only two points behind. As the Eagles will take on Dynamo Kyiv, who only have claimed one point so far, on the same day, Barca absolutely have to take a victory in Germany to finish in second. However, the Blaugrana will travel to Munich on the back of their first loss under Xavi as Barca were beaten by Real Betis 1-0 in their most recent La Liga clash on Saturday.

While Michael Cuisance, Joshua Kimmich and Eric Maxim Choupo-Moting are unlikely to feature for the hosts in this one, having only recovered from Covid-19 recently, Bouna Sarr, Lucas Hernandez, Marcel Sabitzer and Josip Stanisic will play no part for Bayern on Wednesday due to injury. Sergi Roberto, Pedri, Martin Braithwaite, Sergio Aguero and Ansu Fati, in turn, won't help the visitors this time around as they all remain on the sidelines.

Even if Nagelsmann rests the likes of Neuer, Muller and Lewandowski on Wednesday, it's hard to envisage Barca securing all three points in this one, especially after what we'd seen from the Blaugrana against Betis over the weekend. Still, the Catalans have nothing to lose in Munich, so this clash promises to be a quite entertaining one with goals at both ends at the Allianz Arena.