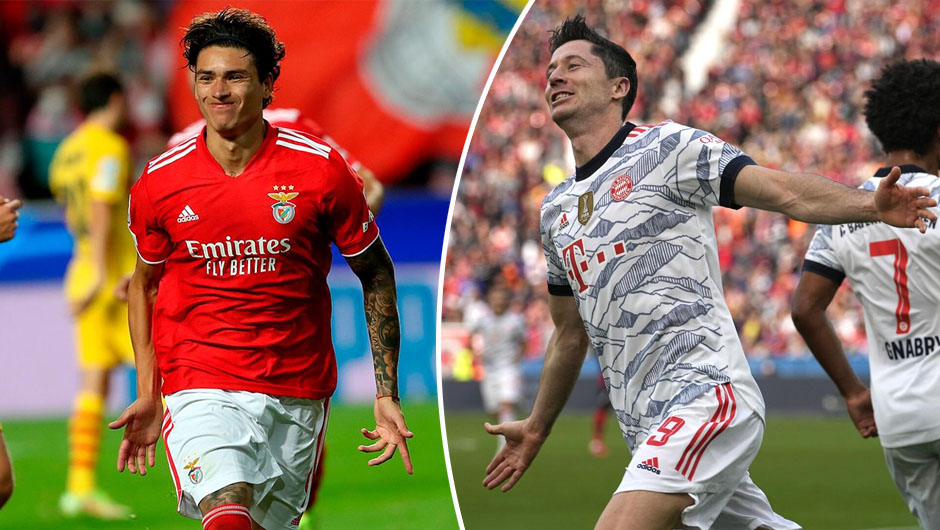 Benfica will take on Bayern Munich in the Champions League matchday 3 at the Estadio da Luz on Wednesday. The kick-off is at 21:00 CEST.

Very few arguably expected Benfica to cause major troubles to Barcelona in their latest Group E clash on September 29 following their goalless stalemate at Dynamo Kyiv in the competition's opener but Jorge Jesus' men managed to silence their critics by destroying the Catalans 3-0 at Camp Nou courtesy of Rafa Silva's strike and Darwin Nunez's brace.

Thus, the Eagles are coming into this encounter as their group's runners-up, two points adrift of Bayern who easily cruised past Barca (3-0) and Dynamo (5-0) in the opening two CL games.

As for their most results, Benfica claimed a 2-1 win over Trofense in the Portuguese Cup on Saturday while Julian Nagelsmann's side will travel to Lisbon on the back of a 5-1 thrashing of Bayer Leverkusen in the German top flight over the weekend.

Gil Dias, Valentino Lazaro and Haris Seferovic are all sidelined for the hosts due to respective injury woes. Alphonso Davies, in turn, is set to miss the Bavarians' trip to the Portuguese capital after being forced off against Leverkusen. Leon Goretzka, for his part, has been ruled out with a cold.

Even though Benfica made the headlines across Europe by their phenomenal victory at Camp Nou last month, we'd say that it'll take Jesus' crop a miracle to stop Nagelsmann's in-form side from taking all three points at the Da Luz. What's more, let's say that that the Bavarians are more than likely to register their third clean sheet in Group E on the bounce as the Eagles have failed to impress in their clash with second-division Trofense following this month's international break.