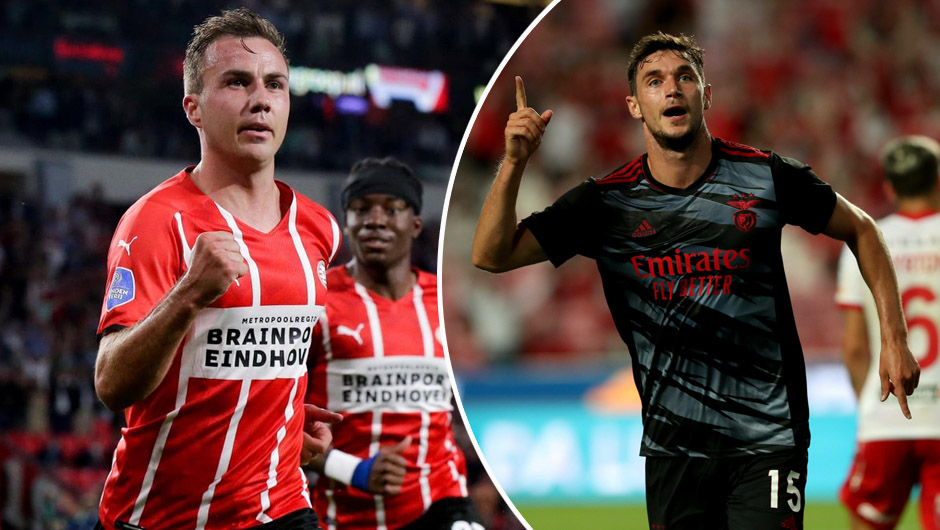 Benfica and PSV Eindhoven will lock horns in the first leg of the Champions League playoff round at the Estadio da Luz on Wednesday. The kick-off is at 21:00 CEST.

Benfica have enjoyed a perfect start to the season, claiming four victories in their four opening official matches, including a 4-0 aggregate win over Spartak Moscow in the CL third qualifying round and the most recent 2-0 triumph over Arouca in the Portuguese top flight on Saturday. It should be mentioned that he Eagles' new boy Roman Yaremchuk marked his first start for Jorge Jesus' men with a goal plus assist over the weekend and is set to start on Wednesday.

PSV, for their part, also maintain a 100 per cent record in the 2021/22 season, having played two more games than their forthcoming opponents. The thing is that Roger Schmidt's side started off their run in the CL in the second qualifying round. After defeating Galatasaray (7-2 on aggregate) and Midtjylland (4-0 on aggregate) in the previous stages of the competition, the Dutch giants kicked off their campaign in the Eredivisie with a confident 2-0 win against Heracles over the weekend.

Jan Vertonghen, Ferro, Haris Seferovic and Darwin Nunez are all unavailable for the hosts due to injury while PSV will travel to the Portuguese capital without Maximiliano Romero, Maxime Delanghe and Richard Ledezma for the same reason.

With both sides boasting perfect records this term ahead of their head-to-head meeting, this clash is very likely to go down to the wire. Moreover, Benfica have kept three clean sheets in four matches this term so far, so let's stick with a rather narrow outcome in Wednesday's encounter at the Da Luz.