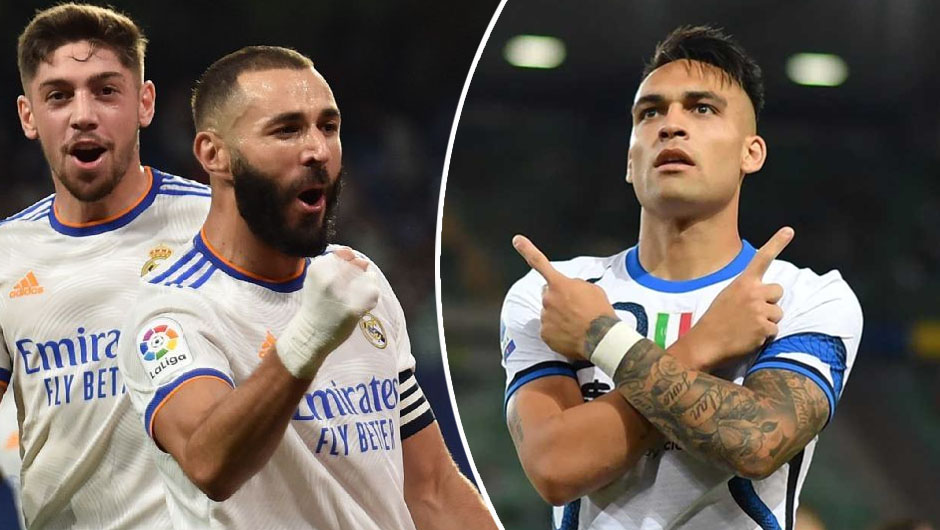 Inter Milan will lock horns with Real Madrid in the Champions League matchday 1 at Stadio Giuseppe Meazza on Wednesday. The kick-off is at 21:00 CEST.

Believe it or not but Inter have been drawn in the same CL group with Madrid and Shakhtar Donetsk for the second consecutive season. While it were Borussia Monchengladbach who completed their group last term, now it'll be Sheriff Tiraspol who feature alongside the trio in Group D.

The Nerazzurri have seen some major changes in their set-up since last year's fourth-placed finish in their Champions League group stage with Simone Inzaghi replacing Antonio Conte in the dugout and Romelu Lukaku departing to Chelsea this summer. Nevertheless, Inter have managed to remain unbeaten in the opening three Serie A matchdays, claiming back-to-back wins over Genoa (4-0) and Verona (3-1) before sharing points with Sampdoria (2-2) over the weekend.

Madrid, in turn, have switched from Zinedine Zidane to Carlo Ancelotti at the helm of the club over the summer while saying goodbye to Sergio Ramos and Raphael Varane who joined Paris Saint-Germain and Manchester United respectively. As for their form in La Liga, the Whites have taken three wins and one draw so far, including most recent 5-2 victory against Celta Vigo on Sunday.

Alessandro Bastoni is the only injury doubt in Inzaghi's squad while Ferland Mendy, Dani Ceballos, Gareth Bale, David Alaba, Toni Kroos and Luka Jovic are all set to miss out on Madrid's trip to Milan.

Madrid defeated Inter twice (3-2; 2-0) in previous CL group stages but it doesn't seem likely that the La Liga giants are going to repeat their success this time around, at least not in Italy. The thing is that the Whites have a quite overcrowded treatment room right now with the likes of Alaba, Bale and Kroos on the sidelines. The Nerazzurri, on the other hand, have all but fully fit squad for Madrid's visit to the Giuseppe Meazza. While it's hard to predict how Wednesday's clash will pan out, we'd say that you definitely should expect a plenty of goals in this one with both sides aiming to take all three points in Milan.