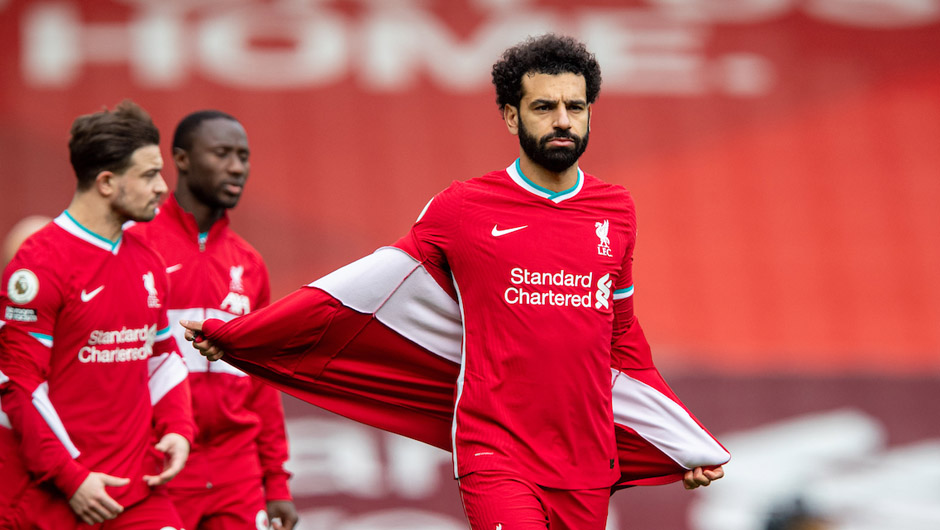 Liverpool and RB Leipzig will take on each other at the Puskas Arena in Budapest in the second leg of the Champions League last-16 round on Wednesday. The kick-off is at 21:00 CET.

The previous encounter between the two sides ended in a 2-0 victory for Liverpool, also in Budapest as the fixture had been moved to Hungary due to Covid-19 restrictions. The Reds, on the other hand, have won just one out of their four Premier League matches since then while losing the other three. In fact, Liverpool's 1-0 loss at the hands of a third-bottom Fulham on Sunday was their sixth consecutive defeat in the league at Anfield - something that has never happened in the club's 129-year history before.

Leipzig, on the contrary, have been victorious in each of their four games across all competitions since that loss at the Puskas Arena. What's more, Julian Nagelsmann's side will face off Jurgen Klopp's men on the back of a six-game winning streak in the Bundesliga which includes a 3-0 victory at Freiburg over the weekend.

Virgil van Dijk, Joe Gomez, Jordan Henderson and Joel Matip all remain unavailable for the Reds through long-term injuries while Roberto Firmino and Ozan Kabak are set to feature again after missing the Fulham defeat.

Leipzig will be without Dominik Szoboszlai, Marcel Halstenberg and Konrad Laimer on Wednesday with Marcel Sabitzer and Angelino as major doubts.

Liverpool had been in a poor form even before February's clash with Leipzig but still managed to claim a victory in the first leg. The Reds haven't really improved since then but rather regressed and thus we don't see Leipzig losing this time around. On the other hand, Nagelsmann's men we'll have to score three past the current PL champions without conceding to make it to the quarter-finals and it'll be all but impossible job for the Bundesliga outfit.

RB Leipzig to win or draw and both teams to score at 2.28 with 1XBET.