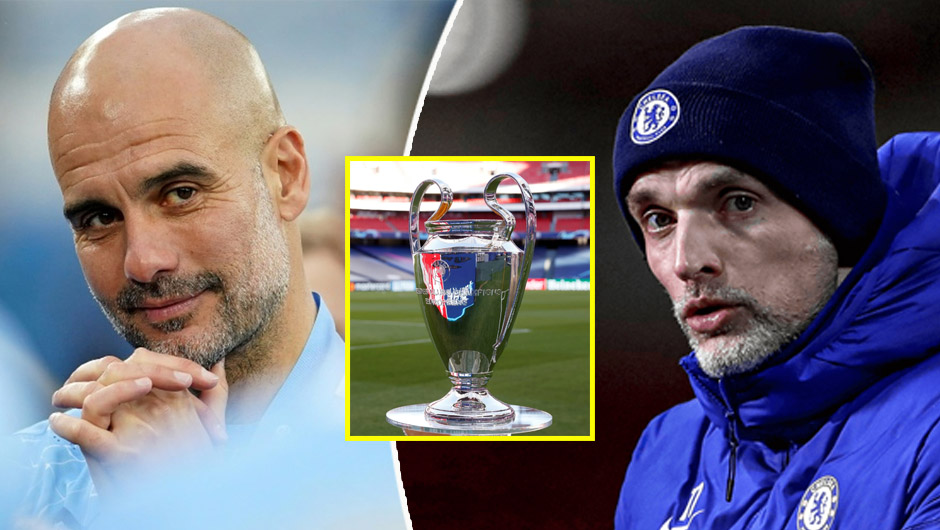 Manchester City and Chelsea will lock horns in the Champions League final at the Estadio do Dragao in Porto on Saturday. The kick-off is at 21:00 CEST.

It's been 10 years since Pep Guardiola won his last CL trophy. The Catalan's Barcelona defeated Manchester United 3-1 at Wembley back then and now he has a chance to lead the Red Devils' city rivals to their first-ever Champions League glory.

The Cityzens are placed as the hot favourites to win in this one as they are coming into the Porto final as the 2020/21 Premier League champions. City ended their glorious run in the English top flight by a 5-0 thrashing of Everton over the weekend and will definitely be in high spirits in Portugal.

Moreover, Guardiola's men boast an almost perfect record in Europe this term - 11 wins and one draw in 12 games, including six victories against Borussia Monchengladbach, Borussia Dortmund and Paris Saint-Germain on the bounce in the knock-out stages.

Thomas Tuchel, in turn, has never won the biggest European competition so far despite reaching the final with PSG last term. His side were defeat 1-0 by Bayern Munich on that night in Lisbon. The German manger was sacked from Paris in December but it didn't take long for him to find a job as he succeeded Frank Lampard in the Stamford Bridge dugout in January.

Tuchel has gone on to lead Chelsea to 18 victories in 29 matches across all competitions, reaching his second consecutive Champions League final in the process. What's more, the Blues have defeated City twice since the 47-year-old's appointment in West London - a 1-0 win in the FA Cup semi-final in April before a 2-1 victory at the Etihad Stadium earlier this month.

Having beaten Atletico Madrid, Porto and Real Madrid on their road to the final, Chelsea are certainly more than capable of harming the Cityzens' hopes for European glory. The Blues' latest form, on the other hand, has put some questions over their chances in the forthcoming encounter. Tuchel's side were lucky enough to finish in the PL top four after losing at Aston Villa 2-1 on Sunday as Leicester City suffered a 4-2 loss at the hands of Tottenham and thus missed out on the Champions League places. The final day loss followed Chelsea's defeats to Arsenal in the league and Leicester in the FA Cup final so the Blues will travel to Portugal on the back of three losses in their previous four games.

While Guardiola has a fully fit squad at his disposal, first-choice goalkeeper Edouard Mendy remains to be the biggest injury doubt in Tuchel's set-up after being replaced at half time at Villa Park last week.

As mentioned, City appear to be the hot favourites to claim a confident victory on Saturday but Tuchel's recent head-to-head meetings with Guardiola make this clash a rather unpredictable one. Pep, however, has a mind-blowing final win percentage rate of 93.3%, winning 14 out 15 decisive games in his career so far. That run includes Guardiola's victory over Tuchel's Borussia Dortmund in the 2016 German Cup final on penalties (0-0 draw after extra-time) while at the helm of Bayern Munich. Chelsea will definitely pose some problems to their opponents at the Dragao but we do expect City to bring the Champions League trophy back to Manchester for the first time since United did it in 2008.