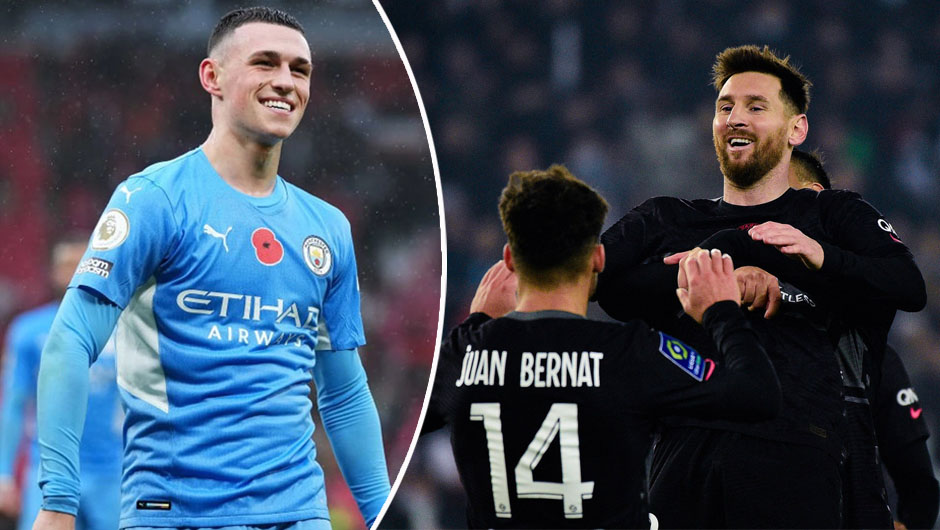 Manchester City and Paris Saint-Germain will go head-to-head in the Champions League matchday 5 at the Etihad Stadium on Wednesday. The kick-off is at 22:00 CEST.

Even though it were PSG who claimed a 2-0 victory over Man City in the reverse fixture in late September thanks to goals from Idrissa Gueye and Lionel Messi in Paris, it's the Cityzens who lead the Group A table ahead of their upcoming head-to-head meeting at the Etihad. While Pep Guardiola's men have easily defeated RB Leipzig (6-3) and Club Brugge twice (5-1; 4-1) in the competition so far, Mauricio Pochettino's side have shared points with the Belgians in the opening matchday (1-1) and have gone on draw the German outfit 2-2 two weeks ago despite beating Lepzig 3-2 earlier this term. As a result, City top the table with nine points while PSG are in second, one point adrift.

As for their most recent performances, the Cityzens have followed their 4-1 triumph over Brugge with back-to-back wins against Man United (2-0) on November 6 and Everton (3-0) over the weekend. The Parisians, for their part, have beaten Bordeaux 3-2 before claiming a 3-1 victory over Nantes on Saturday following their slip-up in Leipzig.

While Ferran Torres is out for the hosts with a long-term injury, Kevin De Bruyne has been ruled out with a positive Covid-19 test. Gianluigi Donnarumma, meanwhile, is a major doubt in Pochettino's set due to gastroenteritis while it remains to be seen if Sergio Ramos, Marquinhos, Presnel Kimpembe, Rafinha Alcantara and Julian Draxler will be given the green light to feature on Wednesday through respective injury and fitness woes.

Given that taking all three points in this one will secure City a first-placed finish before the final matchday in Group A, we'd rather stick with Guardiola's crop this time around. On the other hand, PSG are very likely to end their current run of three visits to the Etihad without scoring a single goal on the bounce when they lock horns with the Cityzens on Wednesday as you arguably can't back attacking trio of Neymar, Kylian Mbappe and Lionel Messi not to score in any game.

Manchester City to win or draw and both teams to score at 1.9 with 1XBET.