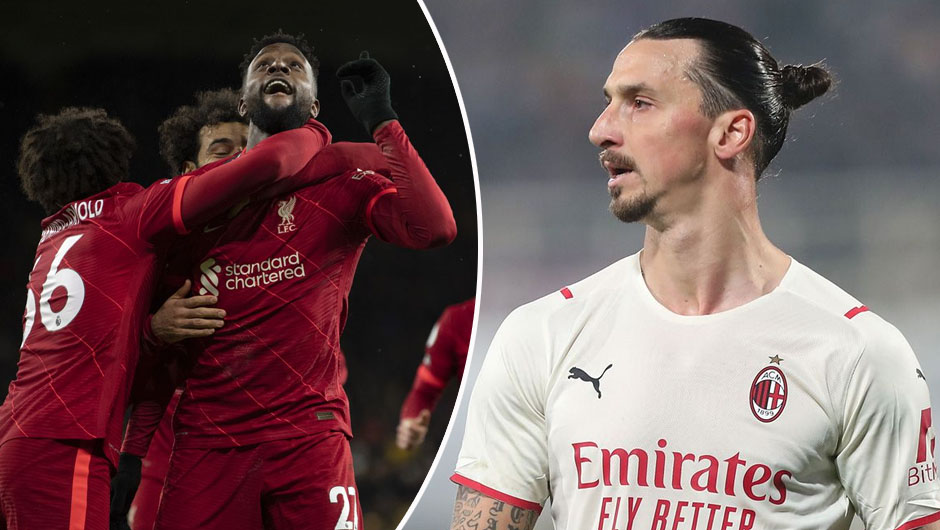 Milan and Liverpool will face off in the Champions League matchday 6 at the Giuseppe Meazza on Tuesday. The kick-off is at 22:00 CEST.

It certainly didn't seem likely that Milan are going to keep any chance of qualifying for the Champions League knock-out stages following their record of three defeats and one draw in the opening four matchdays, including a 3-2 loss at Anfield in September. Stefano Pioli's men, however, managed to change things around by beating Atletico Madrid 1-0 in the Spanish capital two weeks ago. The Rossoneri and the Rojiblancos are now level on points in the Group B table and have to beat Liverpool and Porto respectively to keep their hopes of the knock-out stages alive.

Jurgen Klopp's men, meanwhile, have already qualified for the knock-outs and thus the German manager is expected to rotate his starting XI massively on Tuesday given the Reds' hectic schedule in the Premier League. As for their most recent forrm, Liverpool have registered consecutive wins over Southampton (4-0), Everton (4-1) and most recently Wolverhampton (1-0) since beating Porto 2-0 on November 24. Milan, for their part, have followed their triumph in Madrid with a 3-1 loss at the hands of Sassuolo before defeating Genoa and Salernitana 3-0 and 2-0 respectively.

Simon Kjaer, Davide Calabria, Pietro Pellegri, Samu Castillejo, Ante Rebic and Olivier Giroud will play no part in this one for the hosts due to injury while Curtis Jones, Harvey Elliott and Roberto Firmino are unavailable for the visitors for the same reason. James Milner, in turn, won't help Liverpool at the Giuseppe Meazza through a suspension.

Given that Klopp is more than likely to rest Mohamed Salah and a number of his key players ahead of the upcoming run of three PL games in one week, we'd rather stick with experinced Milan side on Tuesday. The Rossoneri, however, are missing some of their first-choice performers on their own, so it would be no wonder to see goals at both ends, as well as in the reverse fixture three months ago, in this vital clash for Pioli's crop who are desperate for points in this one.

Milan to win or draw and both teams to score at 2.12 with 1XBET.