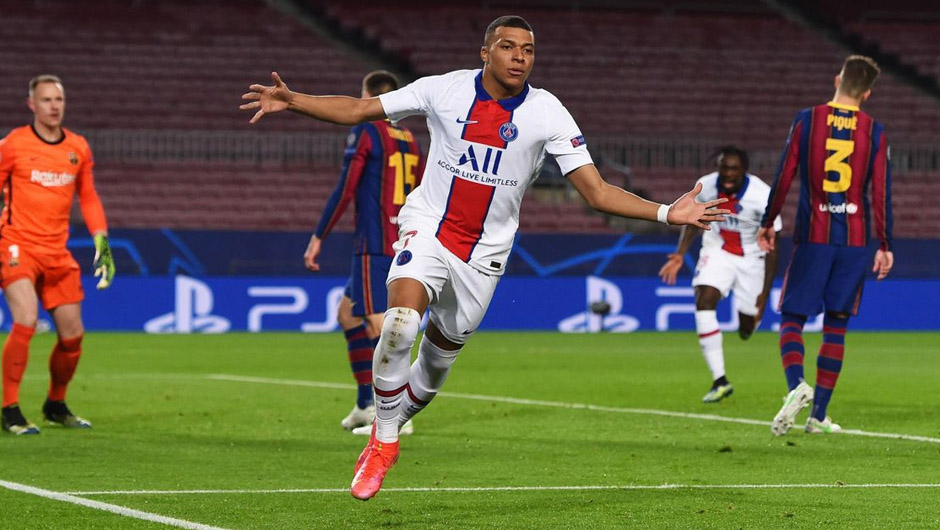 Paris Saint-Germain and Barcelona will lock horns in the second leg of the Champions League last-16 round on Wednesday. The kick-off is at 21:00 CET.

PSG are one foot in the CL quarter-finals after beating Barca 4-1 at Camp Nou in the last-16 first leg last month. Even though the Parisians were without their arguably biggest star Neymar back then, Kylian Mbappe's hat-trick and Moise Kean's strike were enough for Mauricio Pochettino's men to destroy the Catalans. PSG claimed three victories on the bounce after a 2-0 loss to Monaco in the Ligue 1 that followed their triumph in Catalonia so the Parisians are set to be in high spirits when they welcome Ronald Koeman's men to the Parc des Princes.

The Blaugrana, for their part, have enjoyed a five-game unbeaten streak in all competitions since the PSG defeat that includes one draw and four consecutive victories. The latest win took place in Pamplona on Saturday with Barca defeating Osasuna 2-0 thanks to goals from Jordi Alba and Ilaix Moriba.

Neymar will not feature against his former club again as he's yet to recover from an adductor injury that ruled him out of February's clash at Camp Nou. Juan Bernat and Sergio Rico also remain on the sidelines while Moise Kean is unavailable after contracting Covid-19.

Barca, in turn, will have to cope with the absence of Gerard Pique, Ronald Araujo, Sergi Roberto, Philippe Coutinho and Ansu Fati in Paris.

Let's be honest from the start - a repeat of 2017's 'Remontada' victory would be impossible on Wednesday. The Catalans managed to get through to the next round despite losing 4-0 in the first leg back then. Barca need to score four without conceding in Paris this time around and we don't see it coming without Pigue and Araujo in the heart of Koeman's defense. Let's say that the Blaugrana are likely to avoid another thrashing at the hands of PSG but will end their path in Europe this season in mid-week.