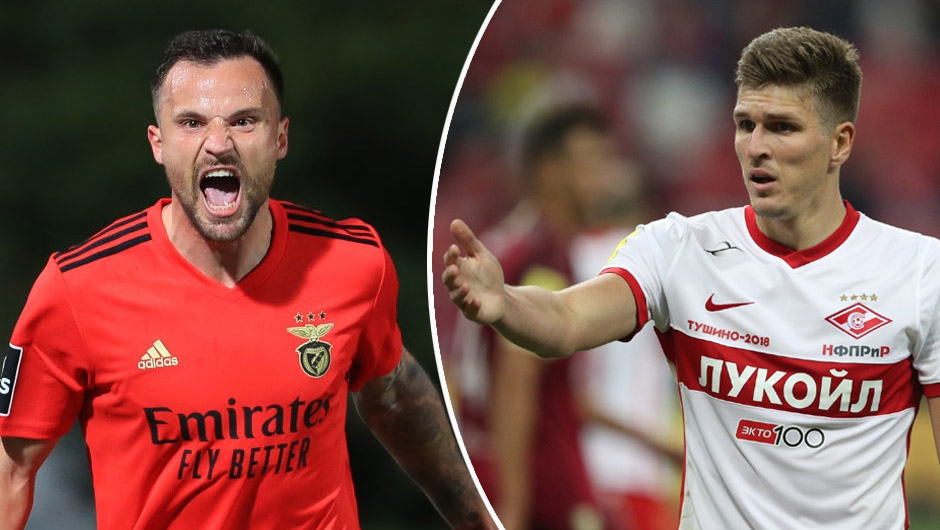 Spartak Moscow will take on Benfica in the first leg of the Champions League third qualifying round at the Otkritie Arena on Wednesday. The kick-off is at 19:00 CEST.

It hasn't been the greatest of starts for Rui Vitoria at the helm of Spartak as his new side were beaten 1-0 by Rubin Kazan in the opening matchday of the Russian Premier League two weeks ago. The People's Team have gone on to bounce back from that loss by defeating Krylya Sovetov 1-0 on Friday. Now, Vitoria will be eager to kick off his European campaign in charge of Spartak with a positive result against his former club where he won two consecutive Primeira Liga titles between 2015 and 2019.

For Benfica, meanwhile, it'll be their first competitive encounter since losing to Braga 2-0 in the Portuguese Cup final in May. Jorge Jesus's side have played seven friendly encounters since then and managed to avoid a loss in each, registering five victories and two draws.

Pavel Maslov and Aleksandr Selikhov will definitely miss out on Vitoria's selection pick on Wednesday as the pair remain on the sidelines while Quincy Promes is still doubtful due to a muscular problem. Darwin Nunez and Andre Almeida, for their part, will not travel to the Russia capital through knee injuries while it may be too soon for Benfica's new boy Roman Yaremchuk to make his debut appearance for the Eagles after completing his €17m move from Gent over the weekend.

It was Vitoria who led Benfica to their last title in the Primeira Liga in 2019 but it doesn't seem likely that the Portuguese manager could potentially prevent his former club from reaching the 2021/22 CL group stage. Spartak are only starting their life under Rui while the Eagles will be desperate to avoid the same mistake they did last summer when Jesus's crop were sensationally eliminated from the competition by PAOK at the same stage.