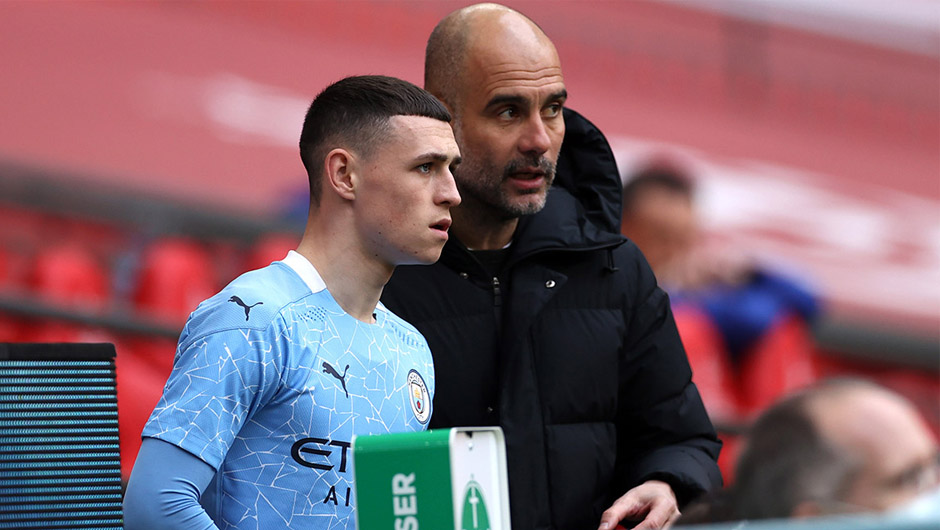 Manchester City and Tottenham will lock horns at Wembley in the EFL Cup final on Sunday. The kick-off is at 17:30 CET.

Man City's hopes for a historic quadruple ended in a 1-0 loss to Chelsea in the FA Cup semi-final last weekend but Pep Guardiola's men have already bounced back from that defeat by beating Aston Villa 2-1 in the league on Wednesday. While the Cityzens have all but secured a victory in the 2020/21 PL campaign, they'll have a shot at their first trophy of the season on Sunday.

Let's say that Tottenham need a miracle to stop City from winning at Wembley this time around as Spurs are going through a massive change after sacking Jose Mourinho on Monday. Interim manager Ryan Mason led the North London club to a 2-1 win over Southampton in mid-week but you can hardly expect the 29-year-old to make the impossible possible against City.

One of the main reasons why Tottenham have little chance to defeat the Cityzens is Harry Kane's absence, The Spurs captain missed his side's win over So'ton after suffering an ankle injury against Everton last week and is set to sit out the upcoming final as well. Ben Davies and Matt Doherty are also unavailable for Tottenham due to injury. City, for their part, are set to be without injured Sergio Aguero and Kevin De Bruyne while John Stones will definitely miss the forthcoming clash after picking up a red card against the Villans.

As mentioned, the only chance for Spurs to claim their first trophy since 2008 appears to be Guardiola's tendency to reinvent the wheel in important matches in the past few years. Pep, on the other hand, has won the EFL Cup three times since taking over at the Etihad Stadium in 2016 and thus we can't envisage anything but a confident victory for City on Sunday.