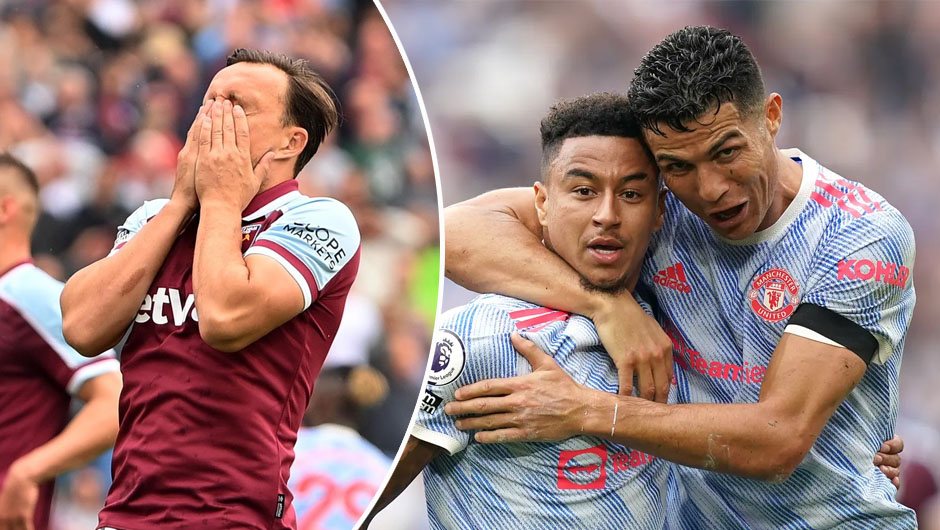 Manchester United and West Ham will go head-to-head in the EFL Cup third round at Old Trafford on Wednesday. The kick-off is at 20:45 CEST.

Just three days after their mind-blowing thriller encounter in the Premier League matchday 5 at London Stadium on Sunday, Man United will play host to West Ham in their 2021/22 EFL Cup opener. Even though it were the Hammers who opened the scoring over the weekend thanks to Said Benrahma's goal, the Red Devils went on to claim a 2-1 comeback victory courtesy of Cristiano Ronaldo's equalizer and Jesse Lingard's late winner. Still, it was David de Gea who saved the day for United on Sunday by stoping Mark Noble's penalty in the 95th minute of the game.

Thus, David Moyes' men and Ole Gunnar Solskjaer's side will lock horns in the competition's third round, sitting in eighth and third respectively in the domestic league standings.

Alex Telles, Marcus Rashford and Amad Diallo are all unavailable for the hosts while Edinson Cavani could make an injury return in mid-week. The visitors, in turn, have no injury absentees ahead of the encounter.

West Ham came extremelly close to drawing Man United over the weekend so let's not write Moyes' crop too early in this one. Moreover, we'd say that the Hammers are more than likely to gain revenge on the Red Devils for Sunday's bitter loss on Wednesday as their arguably best player this term Michail Antonio is set to start at Old Trafford as he returns from suspension in mid-week. Solskjaer, for his part, is expected to shuffle his pack a bit this time around so let's stick with another entertaining clash between the sides with a spot in the EFL fourth round at stake.