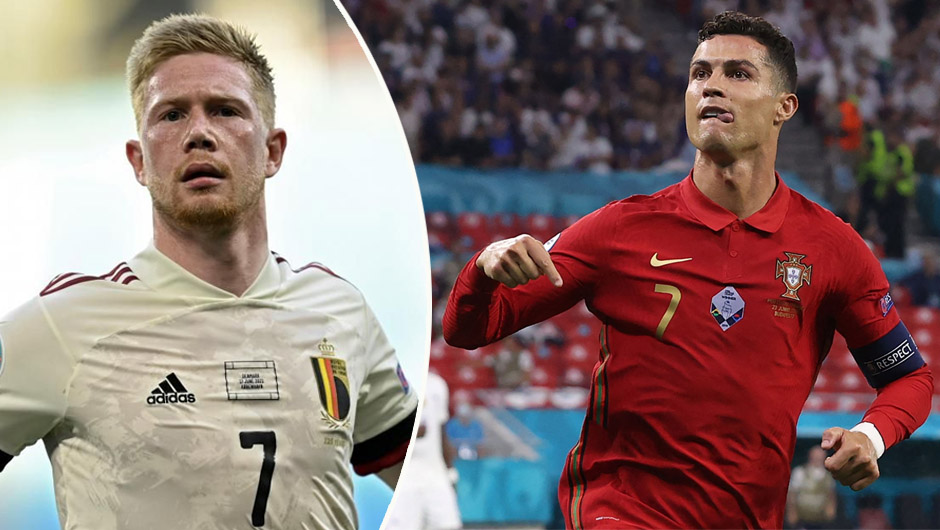 Belgium and Portugal will lock horns in the Euro 2020 last-16 round tie at Estadio de La Cartuja on Sunday. The kick-off is at 21:00 CEST.

Even though the Belgians made it to the knock-out stages as the Group B winners, Roberto Martinez's men have arguably been far from their best form in each of their wins over Russia, Denmark and Finland. Nevertheless, Belgium's talisman Kevin De Bruyne is slowly returning to the best version of himself after suffering facial fractues in the Champions League final last month.

Portugal, meanhile, qualified for the last-16 round as one of the four best third-placed outfits as Fernando Santos's side followed the opening day 3-0 victory Hungary with a 4-2 thrashing at the hands of Germany before drawing France 2-2 in the final group stage fixture to finish behind Les Bleus and Die Mannschaft in the Group F.

Timothy Castagne's European Championship campaign came to an end after the matchday 1 as the Belgium right-back fractured his facial bones vs the Russians. Nunu Mendes, meanwhile, remains the only injury doubt in Portugal's squad but the defender has never been a strong contender to start on the weekend.

Santos's crop won the 2016 Euro after finishing third in their group that also included Hungary, so the Portuguese side will be hoping to repeat their success this time around. Cristiano Ronaldo, meanwhile, will be eager to extend his tally in Sevilla to become the tournament's best goalscorer after netting five goals in the opening three matches. Moreover, the 36-year-old's heroics at this summer's Euro helped him to become the competition's all-time best goalscorer with 14 strikes. On the other hand, Portugal's overall performances at the tournament certainly do not make them the hot favourites to reach the quarter-final, in the first place. We also do expect the likes of De Bruyne, Eden Hazard and most importantly Romelu Lukaku to make the difference for Belgium on Sunday and thus take one step towards the Wembley final.