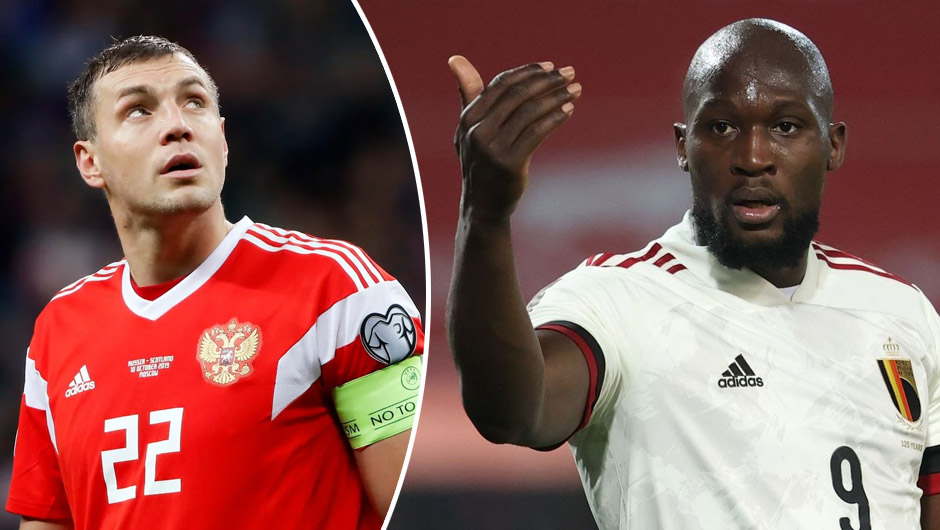 Belgium and Russia will go head-to-head in the matchday 1 of Euro 2020 Group B at Krestovsky Stadium on Saturday. The kick-off is at 21:00 CEST.

The Belgians are currently ranked the best team in the world on FIFA's list and thus considered as the favourites to win this summer's European Championship alongside the likes of France and Italy. Apparently, Roberto Martinez's men won't be troubled much by their Group B rivals, Russia, Denmark and Finland, on their way to the knock-out stages as Belgium claimed 30 out of the possible 30 points during their qualying campaign, beating the Russians twice.

Stanislav Cherchesov's side, meanwhile, will be hoping for the top-two finish in their group but in-form Danish team are very likely to put an end to their hopes early into the tournament. While the Danes have won nine out of their last 11 games in all competitions, the Russians will play hosts to Belgium on the back of just three wins in their previous 10 matches.

While Russia have no confirmed injury absentees for this one, Kevin De Bruyne remain unavailable for Belgium after sustaining facial fractures in the Champions League final last month.

Belgium claimed 3-1 and 4-1 wins over Russia on their way to Euro 2020 and it would be all but impossible for Cherchesov's men to break the current trend given their recent performances and the Belgians' run of just one loss in their last 23 games. We don't really expect anything but a confident win for Martinez's side in Saint Petersburg, especially with Romelu Lukaku, who appears to be in form of his life right now, on board.