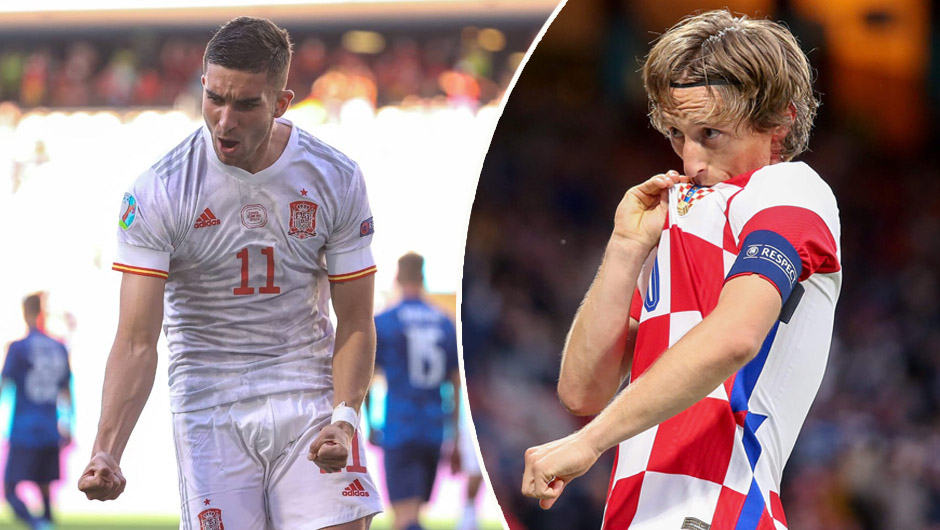 The Croats produced a rather below-par performance in their Euro opener - a 1-0 defeat to England. Zlatko Dalic's men went on to share points with the Czech Republic (1-1) in the following game before thrashing Scotland 3-1 - something that helped the 2018 Wolrd Cup runners-up to finish second in the Group D.

Spain, for their part, kicked off their Euro campaign with consecutive draws against Sweden (0-0) and Poland (1-1). La Roja, however, managed to secure the top-spot finish in their group by destroying Slovakia 5-0 on Wednesday.

The Blazers have two major absentees for this encounter in Dejan Lovren (suspension) and Ivan Perisic (Covid-19). Luis Enrique, in turn, has a fully fit squad at his disposal.

Spain, who have won the European Championship in 1964, 2008 and 2012, are are now aspiring to claim the European crown for the fourth time to become the most successful team in the tournament's history. The prospect of facing France in the quarter-final, on the other hand, make such a possibility rather unlikely. Still, La Roja have enough firepower among their ranks to make it to the last-8 round at the expense of Croatia who haven't really impressed at the group stage and will be without their two key players in Copenhagen. Nevertheless, we do not expect a goal fest taking place at the Parken on Monday, given Alvaro Morata's struggles in front of goal at the tournament so far.