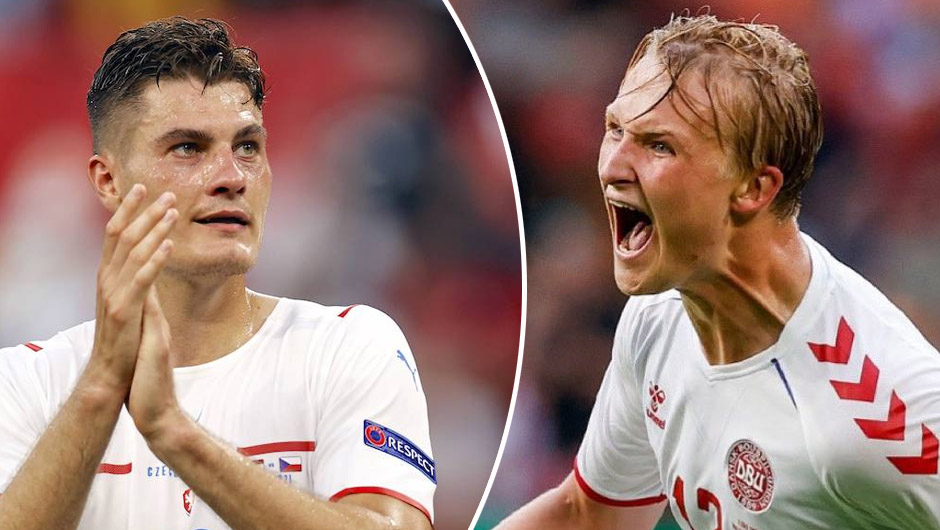 Czech Republic will take on Denmark in the Euro 2020 quarter-final at Baku Olympic Stadium on Saturday. The kick-off is at 18:00 CEST.

The Czech side kicked off their European Championship campaign with a confident 2-0 victory ove Scotand that was followed by a battling draw with Croatia (1-1). As Jaroslav Silhavy's men lost to England 1-0 in their final group stage game while the Croats destroyed the Scots 3-1 on the same day, Czech Republic secured their spot in the last-16 round as one of the four best third-placed outfits.

Very few people expected the Czechs to cause major problems to the Netherlands in the knock-out stage but Silhavy's managed to silence their doubters by securing a 2-0 win over Oranje thanks to goals from Tomas Holes and Patrik Schick.

Denmark, in turn, were unlucky to suffer consecutive defeats at the hands of Finland (1-0) and Belgium (2-1) in their opening group stages matches. The former one was mainly caused by Christian Eriksen's collapse on the pitch of Parken Stadium. Kasper Hjulmand's side, however, went on to destroy Russia 4-1 and thus finish as runners-up to the Belgians in the Group B. Then, the Danes produced one of their best performances in years to eliminate Wales from the tournament with a 4-0 triumph in the last-16 round.

Jan Boril, who sat out the Netherlands win through a suspension, is available for Czech Republic again. Vladimir Darida, meanwhile, remains doubtful due to injury. Denmark, for their part, are set to welcome Yussuf Poulsen and Daniel Wass back to the starting XI after the pair was left on the bench against Wales through injury.

Following their exceptional performance against the Welsh outfit, the Danes are placed as favourites to reach the semi-final at the expense of Silhavy's side. On the other hand, we wouldn't be so sure about Denmark's chances in this one. Even though Czech Republic were quite lucky to get past Oranje thanks to Matthijs de Ligt's sending-off but you can't really deny the strength of their defence. What's more, the Czechs have Schick who has already netted four strikes at the tournament and will be eager to extend his tally in Baku. Since, five of the teams' previous six head-to-head meeting have finished all square, we wouldn't be surprised if the forthcoming encounter ends in another stalemate.