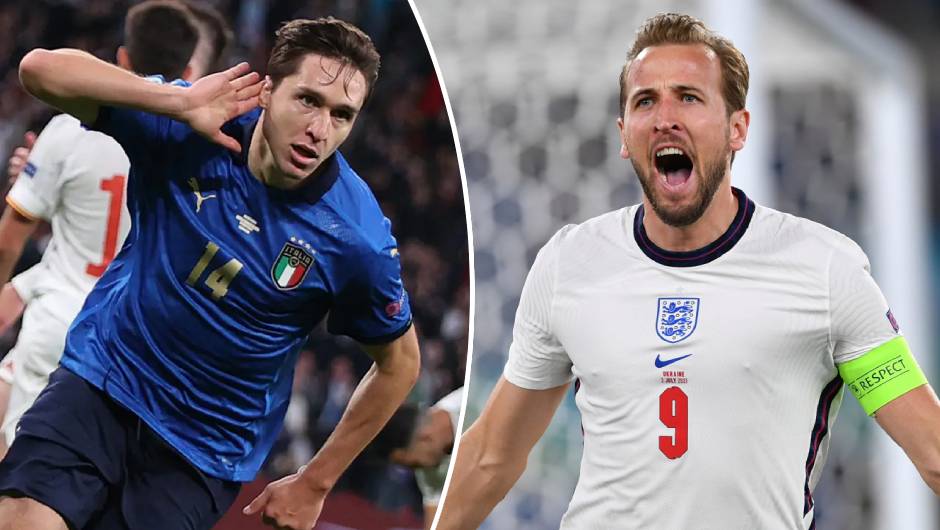 Italy will lock horns with England in the Euro 2020 final at Wembley on Sunday. The kick-off is at 21:00 CEST.

Europe's two strongest national teams are set to determine the better side between them on the weekend. While Italy managed to reach the Europen Championship final by defeating Spain on penalties in the semi-final, England were lucky enough to make it paste Denmark thanks to Harry Kane's extra-time strike earlier this week.

That all was after the Azzurri eliminated Switzerland and Belgium in the last-16 and last-8 rounds respectively. The Three Lions, for their part, knocked out Germany from the tournament before sending Ukraine packing in the quarter-final last Saturday.

What's impressive, Italy's victory over La Roja has extended their unbeaten run to mind-blowing 33 consecutive matches as well as to 14 wins on the bounce. England, in turn, boast a tally of 11 victories and one draw in their last 12 games across all competitions.

While Gareth Southgate has a fully fit squad at his disposal ahead of the final, Roberto Mancini's men will be without Leonardo Spinazzola who ruptured his Achilles tendon against the Belgian outfit.

It's been 53 tears since the Italians scooped the trophy while England have waited 55 years to make it to a major tournament final so you can be sure that both sides will be thinking about keeping their goals safe on Saturday. What makes a narrow outcome of this clash even more likely is that the Azzurri and the Three Lions have conceded just twice and once respectively during this summer's Euro so far.

As for Sunday's potential winner, let's say that the fact that England have never beaten Italy at a major tournament could help you a lot while predicting the forthcoming final. The problem with England's chances to get their hands on the trophy on home soil this time around lies in another simple fact - Southgate's crop have never met a defence of Italy's quality at the tournament. Also, do not forget about Mancini's flexibility in terms of tactics - something he showed against Spain.

Therefore, let's stick with the Azzurri at least not suffering a defeat over the course of 90 minutes in a game that is very likely to go down to the wire.