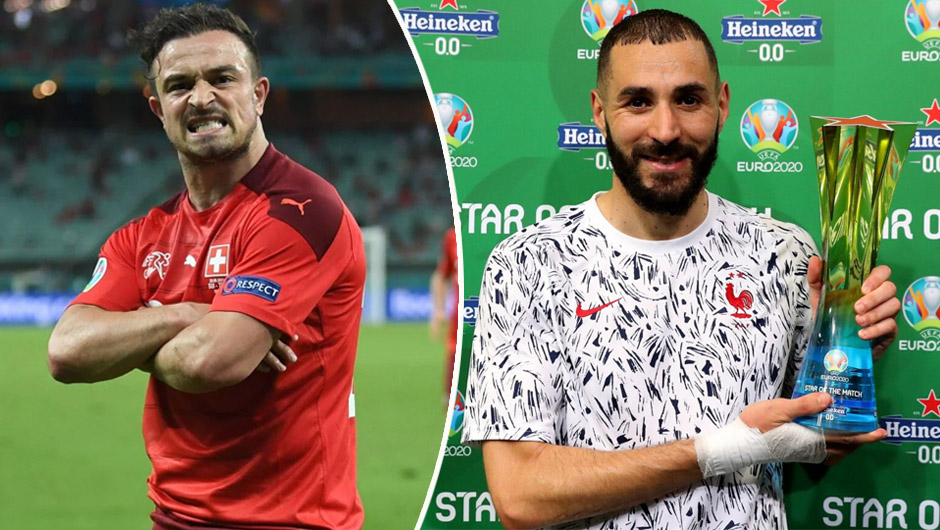 Despite starting off their run in the Group F or the Euro 2020 group of death, if you like it, with a 1-0 victory over Germany in Munich, France went to draw both Hungary (1-1) and Portugal (2-2) in the remaining fixtures. Many arguably expected the reigning World Cup holders to finish top of their group with nine points but Didier Deschamps' men did it in a much less impressive way.

Switzerland, for their part, were rather unlucky to start off their European Championship campaign with a 1-1 draw against Wales that was followed by a 3-0 thrashing at the hands of Italy. Vladimir Petkovic's crop, however, managed to qualify for the knock-out stages as one of the four best third-placed outfits after beating Turkey 3-1 on the Group A matchday 3.

While Ousmane Dembele was forced to withdraw from Les Bleus' squad after suffering a severe knee injury against Hungary, Lucas Digne will sit out Monday's encounter due to a thigh issue. Lucas Hernandez, Marcus Thuram and Thomas Lemar, meanwhile, remain doubtful for France through minor injuries so Deschamps is coming into this clash with no available left-backs at his disposal. There are no confirmed absentees in the Swiss set-up, though.

France and Switzerland shared points in a goalless stalemate the last time they faced each other in the 2016 Euro group stage. Les Bleus have become the World Cup champions since then while you you can hardly say that La Nati have improved significantly in those five years. Even though France are likely to be without a genuine left-back in Bucharest, we can't envisage the likes of Breel Embolo and even Xherdan Shaqiri causing major problems to France's defense this time around. Kylian Mbappe, meanwhile, will be eager to make the difference for Les Bleus in Romania to silence his critics as the Paris Saint-Germain striker is yet to find the back of the net at the tournament so far.