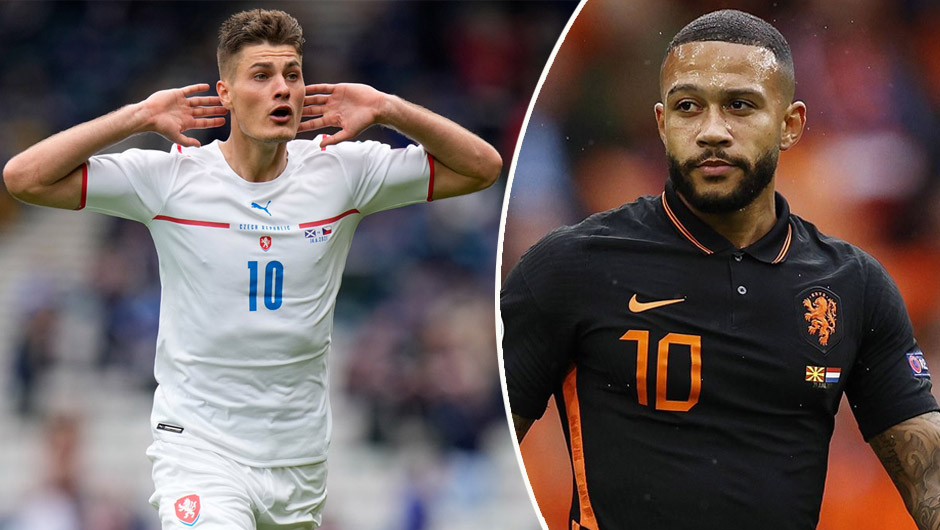 The Netherlands will take on the Czech Republic in the Euro 2020 last-16 round tie at the Puskas Arena on Sunday. The kick-off is at 18:00 CEST.

Despite some harsh criticism of Frank de Boer's choice to stick with the 3-4-1-2 formation since succeeding Ronald Koeman in the Oranje dugout last year, the Ajax legend has proved his critics wrong by reaching the European Championship last-16 round as the Group C winners. The Netherlands claimed three rather confident victories over Ukraine, Austria and North Macedonia in the group stages and now have a pretty good chance of making it to the tournament's semi-final with Wales or Denmark as their potential opponents in the quarter-final.

The Czech Republic's win over Scotland, draw with Croatia and loss to England were enough for Jaroslav Silhavy's crop to qualify for the knock-out stages as one of the four best third-placed teams. All eyes of the Czech supporters will be on Patrik Schick who has scored each of his side's three goals at the Euro, including his sensational 50-yard strike vs the Scots.

Luuk de Jong's knee injury has forced the Netherlands' striker to withdraw from the squad earlier this week while the Czechs will be without their first-choice left-back Jan Boril who is suspended for Sunday's clash after picking up his second yellow card of the tournament against the Three Lions.

Even though the Czech Republic defeated the Netherlands twice during the Euro 2016 qualification (5-3 on aggregate), few people consider Silhavy's men as the favourites against in-form Oranje as a lot's happened since those days. There's one fact, however, that will certainly give the Czech outfit hope ahead of their trip to Budapest - they've never been knocked out at the Euros last-16 stage after three attempts (1996, 2004 and 2012). Still, we do expect the likes of Memphis Depay and Frenkie de Jong to break the trend on the weekend in what promises to be a quite entertaining encounter.

The Netherlands to win or draw and both teams to score at 2.09 with 1XBET.