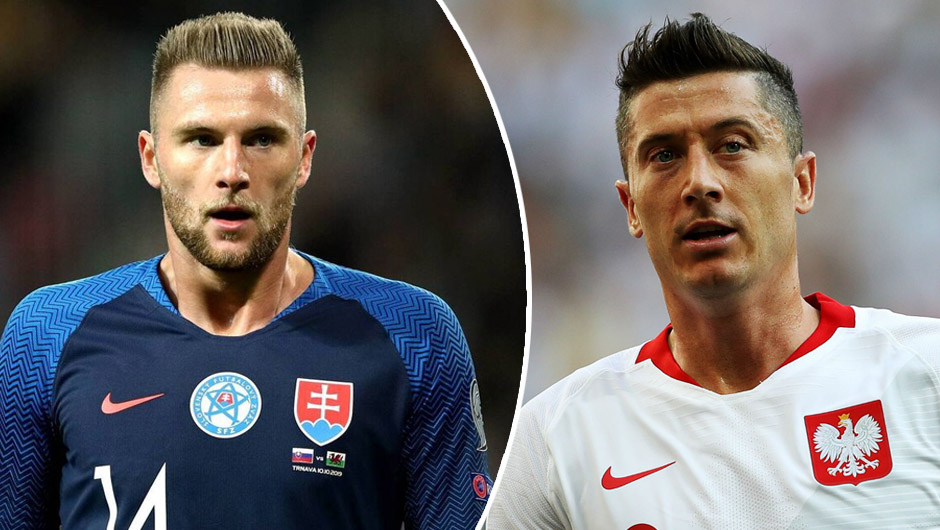 Poland will go head-to-head with Slovakia in the matchday 1 of Euro 2020 Group E at Krestovsky Stadium on Monday. The kick-off is at 18:00 CEST.

Even though it was Jerzy Brzeczek who led the Eagles to the Euro finals, the Pole was replaced in the national team dugout by Paulo Sousa earlier this year. Poland have only won once in five games since the Portuguese's appointment and will be 'hosting' the Slovaks in St Petersburg on the back of consecutive friendly draws with Russia and Iceland.

Slovakia, for their part, were lucky enough to make it this summer's tournament after defeating the Republic of Ireland and Northern Ireland in the semi-final and final of the playoffs. Stefan Tarkovic's side, however, have won only three out of their last 10 games, including the most recent friendlies against Bulgaria (1-1) and Austria (0-0).

Given Slovakia's recent form, Tarkovic's crop are very likely to get eliminated from the European Championship after the group stages. The Poles, in turn, are set to battle it out for the second-placed finish with Sweden while Spain are considered as the hot favourites to finish top of the Group E. We'd say that the presence of Robert Lewandowski and Piotr Zielinski in Poland's squad would be enough for Sousa's men to kick off their road to the Wembley final with a confident victory.