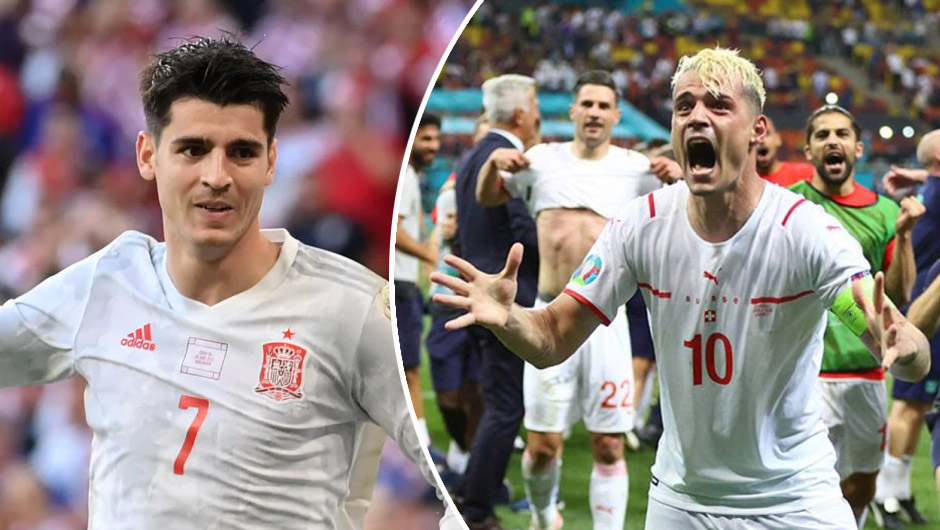 Switzerland and Spain will go head-to-head in the Euro 2020 quarter-final at Krestovsky Stadium on Friday. The kick-off is at 18:00 CEST.

The Swiss side had made the headlines across Europe by sensationally eliminating France from this summer's European Championship in the last-16 round earlier this week. Even though it looked like La Nati will be heading back home when Paul Pogba made it 3-1 for Les Bleus on Monday, goals from Haris Seferovic and Mario Gavranovic had sent the game into extra-time. Vladimir Petkovic's men ultimately secured their spot in the quarter-final in the penalty shootout thanks to Kylian Mbappe's miss from the spot.

The Spaniards were also close to being eliminated from the tournament at the hands of Croatia in the previous round. Despite being 3-1 up in the 77th minute of the encounter, Luis Enrique's side conceded twice before the final whistle and thus were forced to play additional 30 minutes. Alvaro Morata and Mikel Oyarzabal, however, went on to register a 5-3 victory for La Roja on Monday.

Switzerland captain Granit Xhaka will sit out Friday's clash in Saint Petersburg due to a suspension while Spain left-back Jose Gaya remains doubtful for this one through a muscle injury.

Well, no one arguably expected Switzerland to make it to the last-8 round at the expense of France. Petkovic's crop reached the last-16 stage as one of the four best third-placed outfits, having won a single match in the Group A - a 3-1 win over Turkey, after sharing points with Wales (1-1) and getting thrashed 3-0 by Italy.

Spain, for their part, were harshly criticised for their goalscoring woes after finding the back of the net just once in the opening two matches. Enrique's men have netted 10 goals in two games since then and thus managed to silence their critics.

Let's say that the France win proves that La Nati are more than capable of causing major problems for La Roja but we still expect Enrique's side to get the job done in Russia and make it to the semi-final where they'll lock horns with either Belgium or Italy.

Spain to win or draw and both teams to score at 2.24 with 1XBET.