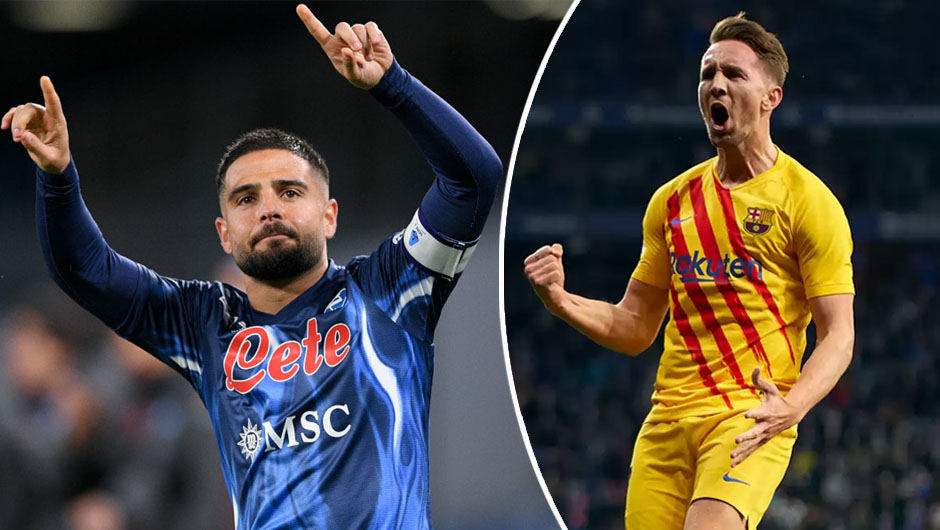 Barcelona will play hosts to Napoli in the Europa League last-32 round first-leg tie on Thursday. The kick-off is at 19:45 CEST.

It's been long since 17 years since Barcelona couldn't qualify for the Champions League knock-out stages. Following a disastrous start to the 2021/22 campaign, the Catalans finished third in Group E behind Bayern Munich and Benfica and now are set for their first ever encounter in the EL. The Blaugrana, however, haven't really been at their best lately, having only claimed two wins in their last five games in all competitions. What's more, Barca were lucky enough to avoid a defeat against Espanyol in the Barcelonian Derby thanks to Luuk de Jong's 96th-minute header (2-2) over the weekend. As a result, Xavi's men have found themselves in fourth in the La Liga table, whopping 15 points behind leaders Real Madrid but with a game in hand.

Napoli, meawhile. are also coming into this encounter on the back of a battling draw but the difference is that Luciano Spalletti's side managed to hold Inter Milan to a 1-1 stalemate on Saturday and thus moved just one point adrift of the Nerazzurri who slipped down to second place in the Italian top flight. Unlike their forthcoming opponents, the Parthenopeans reached this stage of the competition by finishing second behind Spartak Moscow in their EL group in December.

Samuel Umtiti, Sergi Roberto, Alejandro Balde and Ansu Fati will definitely miss Thursday's clash for the hosts as they remain on the sidelines while Ronald Araujo, Clement Lenglet and Memphis Depay remain doubtful due to respective injury woes. Hirving Lozano, for this part, is the only injury doubt in Spalletti's squad.

As mentioned, Barca haven't been able to produce their best football since the turn of the year, partly due to a quite overcrowded treatment room and the fact that the team are still getting used to Xavi's requirements. The Catalans are now a club in transition and make no mistake, Napoli are going to capitalise on that on Thursday. Moreover, the Parthenopeans are very much in the title race in the Serie A this term so far, so we do expect Lorenzo Insigne and Co to find the back of Marc-Andre ter Stegen's net at least once at Camp Nou.