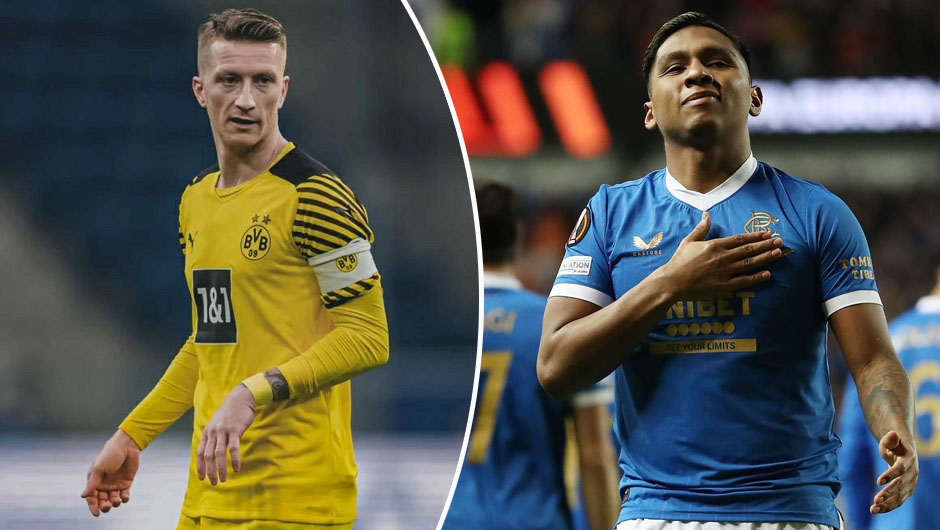 Borussia Dortmund and Rangers will lock horns in the Europa League last-32 round first-leg tie at Signal Iduna Park on Thursday. The kick-off is at 19:45 CEST.

To the surprise of many, Borussia couldn't secure the Champions League knock-out stages qualification as they finished behind Ajax and Sporting Lisbon in Group C. As a result, Marco Rose's men have turned themselves into one of the EL favourites this season. Dortmund will be in high spirits when they welcome Rangers to Westfalenstadion as they destroyed Union Berling 3-0 in the Bundesliga over the weekend. BVB have won each but one out of their last five league matches and thus are now second in the table, six points adrift of leaders Bayern Munich.

The Gers, for their part, boast a record of three wins, one draw and one loss in their latest five encounters in the Scottish Premiership to find themselves in second place, just one point below Celtic. As for their route to this stage of the competition, Giovanni van Bronckhorst's side finished second behind Lyon in their Europa League group which also included Sparta Praha and Brondby.

While Marcel Schmelzer and Mateu Morey remain sidelined for the hosts, it remains to be seen if Erling Haaland makes the squad on Thursday after missing BVB's last few games through a groin issue. Emre Can, in turn, is suspended for this one. Nnamdi Ofoborh and Ianis Hagi, meanwhile, are unavailable for the visitors due to respective injury woes.

Even though the Gers suffered a humiliating 3-0 loss at the hands of Celtic in the Old Firm Derby earlier this month, Bronckhorst's crop have claimed three victories across all competitions on the bounce with an accumulative score of 10-0 since then. Hence, we wouldn't be surprised if Rangers manage to find the back of Dortmund's net at least once on Thursday, given the latter side's consistent problems at the back this term so far. Still, Borussia remain the hot favourites to reach the EL last-16 round and thus we can't envisage them losing at home this time around.