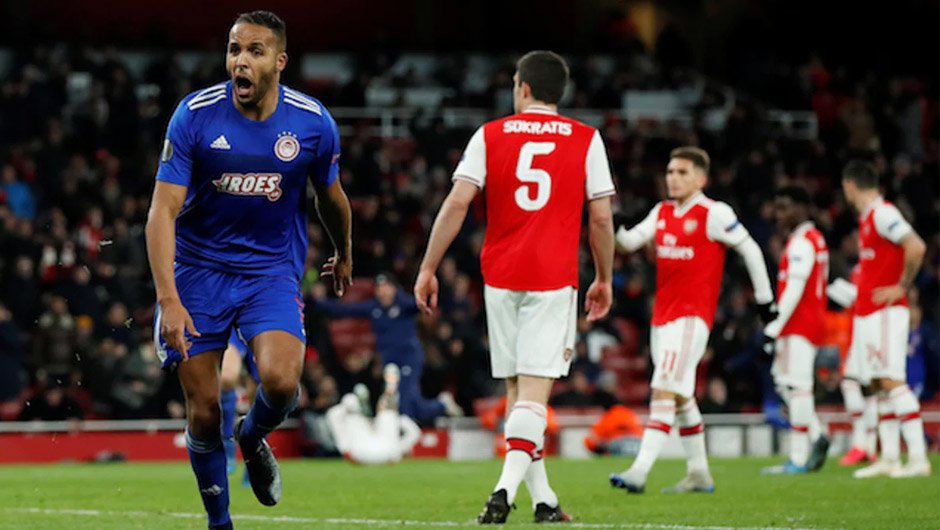 Olympiacos will play hosts to Arsenal in the first leg of the Europa League last-16 round on Thursday. The kick-off is at 21:00 CET.

It was the Greek outfit that eliminated the Gunners from the EL in the last-32 round last season as Pedro Martins' side defeated Arsenal twice back then, first 1-0 at home and then 2-1 at the Emirates Stadium in the return clash. Mikel Arteta's men still managed to qualify for the Europa League last term and remain unbeaten in the competition after eight matches during the current campaign.

Despite their unbeaten run in Europe, Arsenal dropped to 10th in the Premier League table after a 1-1 draw at Burnley over the weekend. Olympiacos, for their part, have all but secured their consecutive Super League Greece title as they comfortably top the standings, 16 points ahead of Aris who sit in second.

Ruben Semedo and Avraam Papadopoulos are set to miss the upcoming encounter for the hosts while Arsenal's former centre-back Sokratis is expected to return to the starting XI in mid-week.

Arsenal will definetly be eager to gain revenge on Olympiacos for last season's humiliation but the Greek side have proven themselves an extremely difficult opposition to face on their turf over the years. As well as Arsenal's 1-0 loss last year, we do expected this clash to go down to the wire.