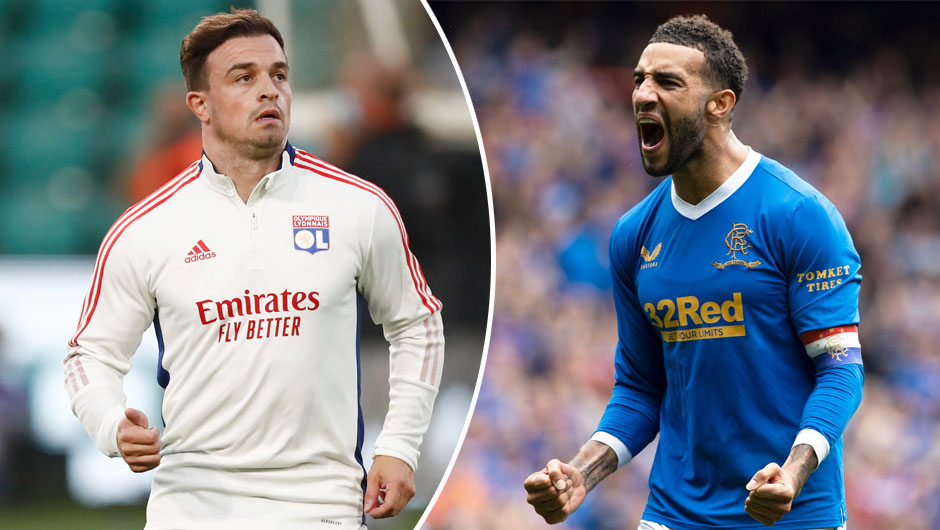 Rangers will play hosts to Lyon in the Europa League matchday 1 on Thursday. The kick-off is at 21:00 CEST.

After claiming the Scottish Premiership title for the first time since 2011 last season, Rangers were certainly hoping to make it to the Champions League group stage this term. Swedish champions Malmo, however, put an end to the Gers' hopes in the third qualifying round (4-2 on aggregate). Thus, Steven Gerrard's men had to beat Armenian outfit Alashkert in the EL playoffs to qualify for the competition's Group A where they'll take on Lyon, Sparta Praha and Brondby.

Rangers will be in high spirits when they welcome Peter Bosz's side to Ibrox as they are now leading the Scottish top flight table with four wins and one draw in the opening five matchdays, including a 2-1 victory over St. Johnstone on Saturday.

Lyon, for their part, qualified for the Europa League group stage by finishing fourth in the Ligue 1 in the 2020/21 campaign. The Kids have switched from Rudi Garcia to Peter Bosz in the dugout since then and it would be fair to say that the latter has endured a rocky start to life at his new club. Lyon had kicked off their run in the 2021/22 French top flight campaign with two draws against Brest (1-1) and Clermont (3-3) and a defeat to Angers (3-0) before returning to winning ways against Nantes (1-0) and most recently Strasbourg (3-1).

While Ryan Jack is unavailable for the hosts through an injury, Ianis Hagi won't feature on Thursday after testing positive for Covid-19 earlier this week. Leo Dubois, Tino Kadewere, Lenny Pintor and Jeff Reine-Adelaide, in turn, won't travel to Glasgow as they all remain on the sidelines.

Even if Rangers missed out on the CL group stages in the qualifying rounds, Gerrard will certainly be aiming to bring the EL trophy to Ibrox next year. Given Lyon's rather mixed start to the season and the Gers' current six-game unbeaten streak (W5, 1D), we can't see the hosts losing in their Group A opener. On the other hand, we wouldn't be surprised to see goals at both ends on Thursday, considering Bosz's attacking philosophy.

Rangers to win or draw and both teams to score at 2.34 with 1XBET.