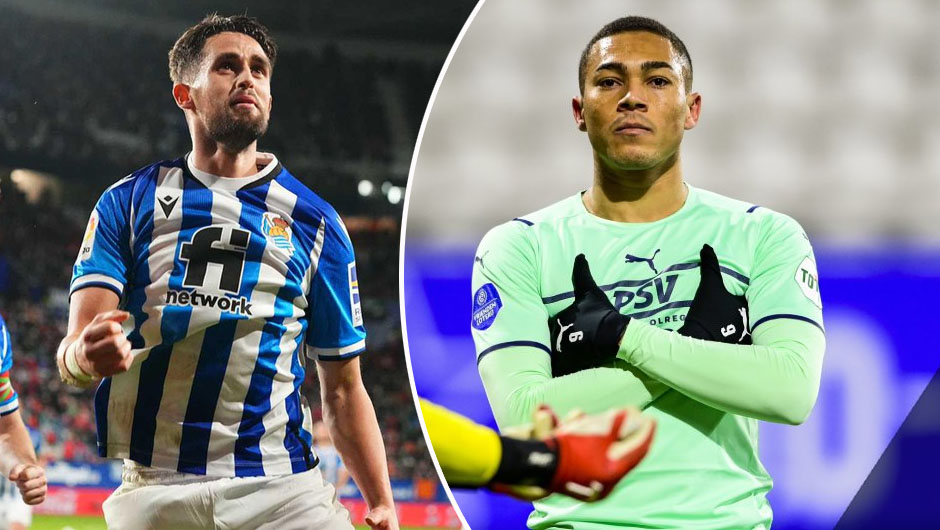 Real Sociedad will play hosts to PSV Eindhoven in the Europa League matchday 6 at Anoeta on Thursday. The kick-off is at 19:45 CEST.

Despite all but perfect start to the 2021/22 campaign, Sociedad's form has sulked of late as Imanol Alguacil's men will be hosting PSV on the back of just three wins in their last 10 matches across all competitions, including a 2-0 loss at Real Madrid in La Liga over the weekend. What's more, La Real have only won once in their five EL Group B matches so far, while drawing the other three and losing to AS Monaco 2-1 in their most recent European clash. As a result, the Basques have found themselves in third in the table with six points, two points behind their forthcoming opponents and five points adrift of the Monegasques who have already secured the first-placed finish.

Thus, even a draw will be enough for PSV to finish in second this time around while Sociedad only have to take all three points on Thursday to make it to the knock-out rounds. It would be fair to say that Alguacil's crop face a hugely difficult task ahead of them as Roger Schmidt's side are on a seven-game unbeaten streak across all competitions, including a 4-1 thrashing of Utrecht in the Eredivisie on Saturday.

Sociedad's most recent loss to Madrid in the Spanish top flight was their first home defeat this season. However, you can't realy compare the Whites to PSV even considering the latter's current form. Hence, we'd say that the Basques are more than capable to claim at least one point against Schmidt's men, especially given that they managed to hold the Dutch outfit to a battling 2-2 draw in Eindhoven two months ago.

Real Sociedad to win or draw and both teams to score at 2.14 with 1XBET.