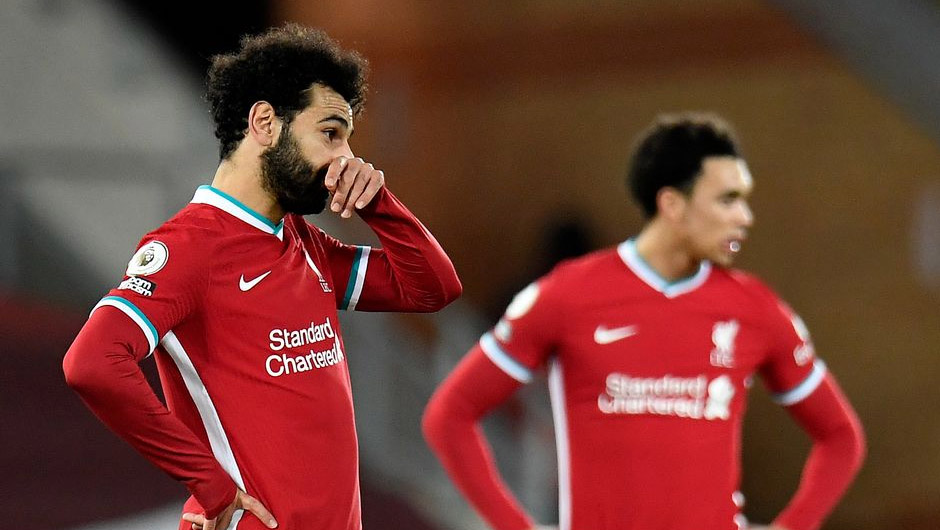 Manchester United will play hosts to bitter rivals Liverpool in the FA Cup last-32 round on Sunday. The kick-off is at 17:00 GMT.

Liverpool will travel to Old Trafford just one week after drawing Man United 0-0 at Anfield in the Premier League. Despite sharing points in Merseyside last Sunday, both sides' fortunes have been very different since then. Jurgen Klopp's men sensationally lost to Burnley 1-0 on Thursday to end their 68-game unbeaten home run in the league. What's more, that was the Reds' third consecutive PL match in 2021 without scoring a single goal.

United, in turn, returned to the very top of the Premier League standings after defeating Fulham on Wednesday thanks to Paul Pogba's outside-the-box stunner at Craven Cottage. Ole Gunnar Solskjaer's side are now unbeaten in 13 league encounters on the bounce which serves as a clear indication of the Red Devils' excellent form.

While Virgil van Dijk and Joe Gomez remain on the sidelines with long-term injuries, Diogo Jota and Naby Keita are yet to return to full fitness and thus won't travel to Old Trafford. Liverpool captain Jordan Henderson, meanwhile, is the biggest doubt in Klopp's squad after missing the Burnley loss due to a muscle issue.

Solskjaer, in turn, has a fully fit squad for the upcoming encunter.

Probably no one extepected this to happen around a month ago but Liverpool indeed haven't scored a single goal in their three league games after the turn of the year. Add to this the Reds' defensive woes due to the absence of Van Dijk and Gomez and it would be fair to say that Klopp's side are a crisis team right now. Even though United shared points at Anfield last week, we can envisage in-form Red Devils capitalizing on Liverpool's fragility and thus progressing through to the next round of the FA Cup on Sunday.

Manchester United to qualify at 1.86 with 1XBET.