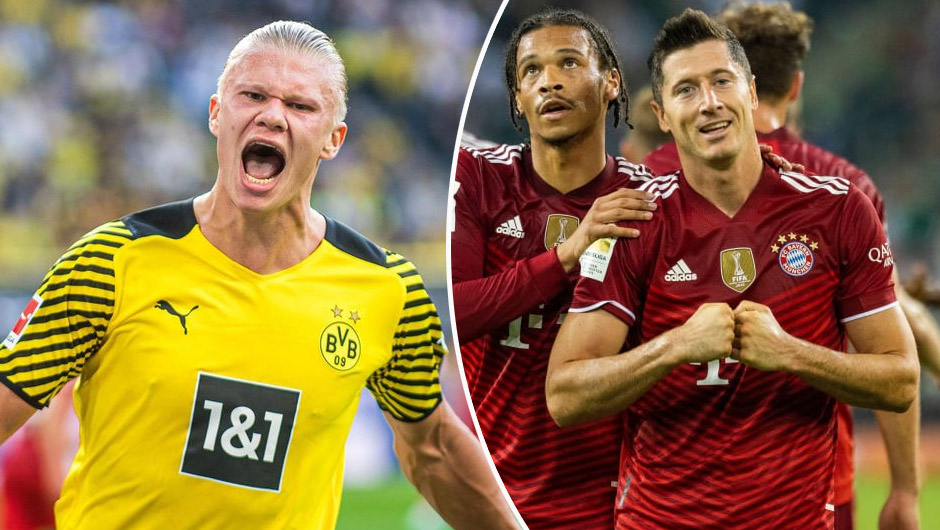 Borussia Dortmund and Bayern Munich will go head-to-head in the German Super Cup clash at Westfalenstadion on Tuesday. The kick-off is at 20:30 CEST.

Despite Jadon Sancho's departure to Manchester United earlier this month, BVB haven't really noticed the Englishman's absence so far as they kicked off the 2021/22 season with consecutive wins over Wehen Wiesbaden 3-0 in the first round of the German Cup two weeks ago and a 5-2 thrashing of Eintracht Frankfurt in the Bundesliga matchday 1 on Saturday. It should be mentioned that Marco Rose has had all but perfect start to life at the helm of Dortmund mainly due to Erling Haaland's incredible form as the Norwegian netted five goals and provided three assists in the opening two games of the current campaign.

Julian Nagelsmann, on the contrary, definitly had envisaged a more prominent competitive debut in charge of Bayern but the Bavarians were held to a 1-1 draw by Borussia Monchengladbach in the opening matchday in the German top flight over the weekend. Moreover, The Munich giants are coming into the forthcoming encounter on the back of a five-game winless streak across all competitions.

Dortmund's treatment room continues to be quite overcrowded with the likes of Thomas Meunier, Julian Brandt, Mateu Morey, Dan-Axel Zagadou, Mats Hummels and Raphael Guerreiro all unavailable for Tuesday's clash due to various reasons. Benjamin Pavard, in turn, is the only confirmed absentee in Bayern's squad while Lucas Hernandez and Marc Roca remain doubtful through injury.

Even though Bayern have claimed five victories in their last five head-to-head meetings with Dortmund, including last season's 3-2 win in the Super Cup, we do back Borussia to break that unwanted trend this time around. The Bavarians are visibly far from their best form right now while Haaland continues to impress for Dortmund after enjoying around two months of holidays and it would be a huge surprise if Nagelsmann's men manage to silence the Norwegian hitman at Westfalenstadion on Tuesday.