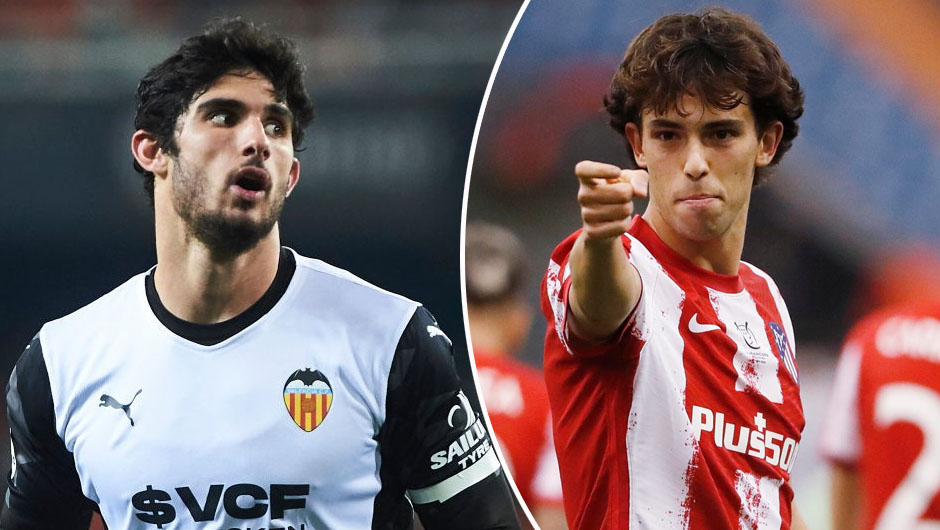 Atletico Madrid and Valencia will face off in the La Liga matchday 22 at the Wanda Metropolitano on Saturday. The kick-off is at 22:00 CEST.

Despite opening the new year with back-to-back wins over Rayo Vallecano (2-0) and Rayo Majadahonda (5-0) in La Liga and the Spanish Cup which were followed by a 2-2 draw with Villarreal in the Spanish top-flight, Atletico will welcome Valencia to Madrid on the back of consecutives defeats at the hands of Athletic Bilbao and Real Sociedad. First, Diego Simeone's men were beaten in the Spanish Super Cup semi-final by the Lions and then got eliminated from the Spanish Cup by La Real on Wednesday.

Valencia, meanwhile, an idential record of two victories, two defeats and one draw in their previous five games across all competitions. Jose Bordalas's side, however, will travel to the capital on the back of an inpressive 1-1 draw with second-placed Sevilla in mid-week. On the other hand, the Bats are now only ninth in the La Liga table with 29 points while Atleti sit five places and four points ahead with a game in hand.

Geoffrey Kondogbia, Marcos Llorente and Antoine Griezmann will play no part for the hosts through injury while Carlos Soler and Gabriel Paulista won't be involved for the visitors for the same reason. It also remains to be seen if Jasper Cillessen features on the weekend after picking up an injury against Sevilla.

Given that Atletico were held to a 3-3 draw in their previous head-to-head with Valencia in November despite being 3-1 up in the 90th minute of the game, it'll be a matter of pride for Simeone's crop to claim all three points in this encounter. Atleti's recent results, however, show that Simeone's defence are still far from their best which gives us a feeling that you should expect goals at both ends at the Wanda Metropolitano too.