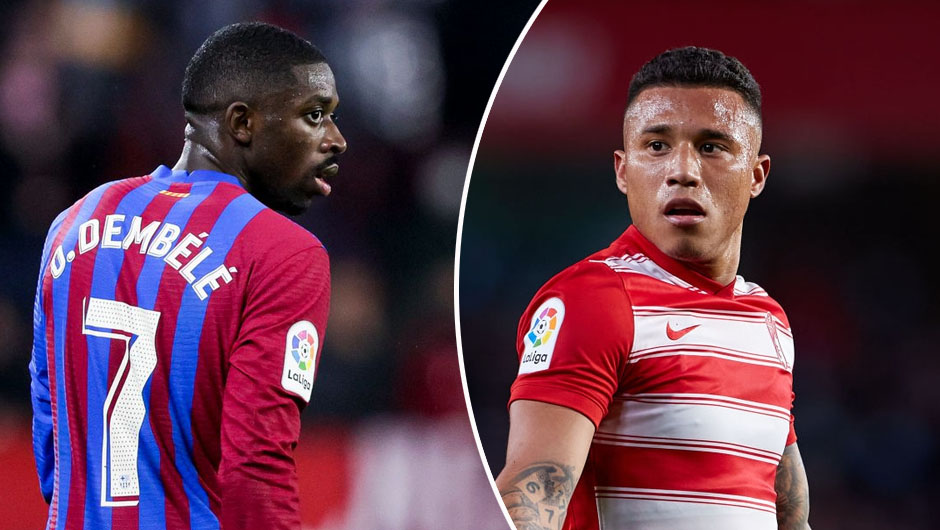 Granada will play hosts to Barcelona in the La Liga matchday 20 on Saturday. The kick-off is at 19:30 CEST.

As things stand now, Granada sit in 13th in the Spanish top flight table with 23 points but it would be fair to say that Nasrids' current position doesn't really show their actual level of performances. Roberto Moreno's men are on a six-game unbeaten streak in La Liga ahead of Saturday's clash, including three wins and three draws.

Barcelona, meanwhile, have moved into fifth in the standings following a 1-0 victory at Mallorca in their 2022 opener on January 2. What's more, Xavi Hernandez's crop have followed that victory with another triumph over Linares Deportivo (2-1) in the Spanish Cup on Wednesday. So now, the Catalans will be looking to register their third consecutive win in all competitions at Nuevo Los Carmenes.

Neyder Lozano and Santiago Arias are still unavailable for Granada through injury while it remains to be seen if Alberto Soro, German Sanchez and Ruben Rochina will be given the green light to feature after recovering from Covid-19 recently. Ronald Araujo, Sergi Roberto, Pedri, Frenkie de Jong and Martin Braithwaite, in turn, remain sidelined for Barca while Samuel Umtiti, Clement Lenglet, Sergino Dest, Alejandro Balde, Abde Ezzalzouli and Gavi are set to miss their side's trip to Andalusia due to coronavirus.

Even without a number of their key players, Barca have managed to go unbeaten in the opening two matches of 2022, so let's say that the Blaugrana still have much to offer to their opponents. However, you also can't deny Granada's current unbeaten streak in the league which proves Moreno's side a tough nut to crack. What's more, Barca have failed to beat Nasrids in their last two head-to-head meetings, including a 2-1 loss last season when Lionel Messi was still at Camp Nou and a 1-1 draw earlier this term. Hence, we'd say that another battling draw remain a huge possibility between the sides on Saturday.