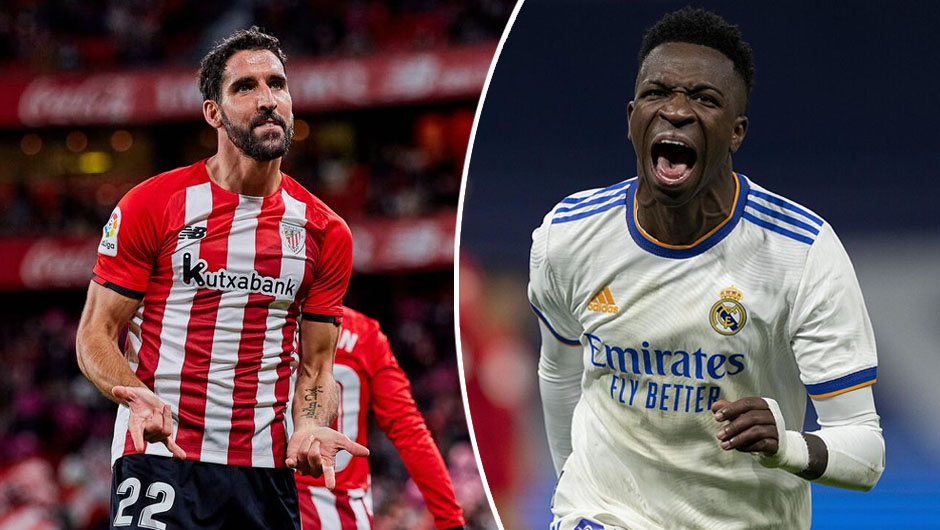 Real Madrid will take on Athletic Bilbao in the La Liga matchday 9 at the Santigo Bernabeu on Wednesday. The kick-off is at 22:00 CEST.

Madrid are preparing to play hosts to Bilbao in mid-week and apparently we already know who is going to take all three points in this encounter in the Spanish capital. The thing is that Carlo Ancelotti's men are on a six-game winning streak across all competitions right now, including their vital 2-1 victory over then-second-placed Sevilla over the weekend courtesy of goals from Karim Benzema and Vinicius Junior. Now, the Blancos will be looking to claim their fifth victory in the Spanish top flight on the bounce, to strengthen their position at the top of the La Liga table where they sit with 33 points to their name, four points clear of runners-up Atletico.

The Basques, on the contrary, will travel to Madrid on the back of a five-game winless run in the league, including a 2-2 draw with Granada last Friday. As a result, Marcelino's side are only eighth in the standings, 13 points adrift of their forthcoming opponents.

While Dani Ceballos and Gareth Bale remain on the sidelines for Madrid, Eden Hazard and Rodrygo Goes are unlikely to feature on Wednesday due to fitness issues. Peru Nolaskoain, Dani Vivian, Yuri Berchiche and Asier Villalibre, meanwhile, won't help Athletic at the Bernabeu due to respective injury woes. Key centre-back Inigo Martinez, for his part, will miss the upcoming clash after his sending-off against Granada.

As mentioned, both sides have experinced very different fortunes of late with Madrid being at the top of their form and Athletic struggling to win in La Liga for more than five weeks. What's more, the Basques have failed to claim all three points at the Bernabeu since 2005 and it doesn't seem likely that Marcelino's crop are capable of putting an end to that unwanted trend on Wednesday, especially without Martinez in the squad.