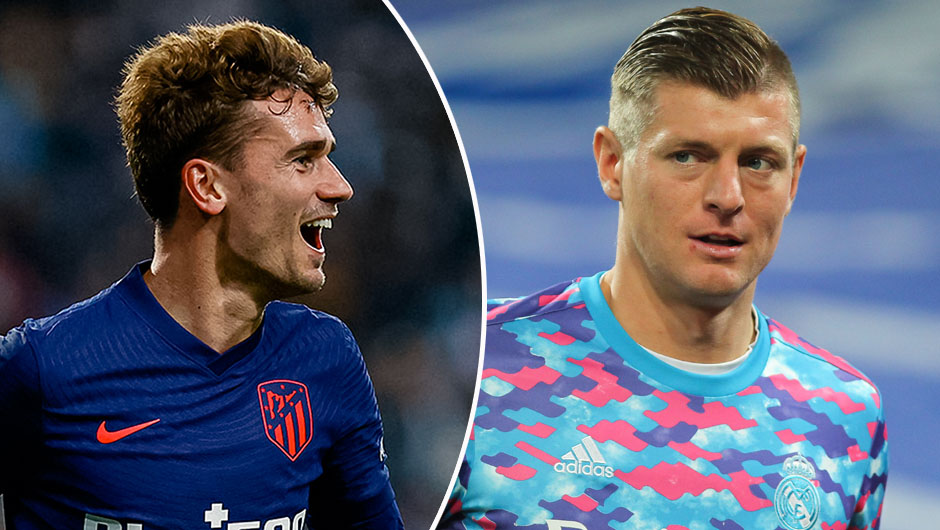 Real Madrid and Atletico Madrid will lock horns in the La Liga matchday 17 at the Santiago Bernabeu on Sunday. The kick-off is at 22:00 CEST.

It's been all but perfect season for Real Madrid both in La Liga and the Champions League so far as Carlo Ancelotti's men are leading the Spanish top flight table with 39 points while they also have finished at the top of their CL group following a 2-0 victory over Inter Milan on Tuesday. Moreover, the Blancos appear to be unstopable right now as they are on a 12-game unbeaten run across all competitions, including nine consecutive wins since late October.

Atletico, on the other hand, have struggled massively with their title defence this term so far as Diego Simeone's side are only fourth in the league standings following last weekend's 2-1 surprising defeat at the hands of Mallorca. Even though the Rojiblancos have a game in hand over their city rivals, Atleti are already 10 points adrift of Real. Simeone's crop, however, will travel across Madrid on the back of a vital 3-1 victory over Porto on Tuesday which has booked Atletico a spot in the CL knock-out rounds.

Cani Ceballos and Gareth Bale remain unavailable for Real with long-term injuries while Karim Benzema is still doubtful after suffering a thigh injury in last weekend's 2-0 win over Real Sociedad. Kieran Trippier, Stefan Savic and most importantly Luis Suarez, in turn, will play no part for the visitors on Sunday through respective injury woes.

You probably be surprised to find out that it's been five games since 2016 when Atletico claimed a victory at the Bernabeu last time when Antoine Griezmann secured all three points for his side. The Frenchman will be there to make the difference for Atleti this time around but it's doesn't seem likely that Simeone's side are capable of putting an end to Real's incredible streak in the upcoming Madrid derby, given their rather poor form this season. Thus, we'd stick with Ancelotti's team to extend their current winning run to 10 matches against their bitter rivals on Sunday.