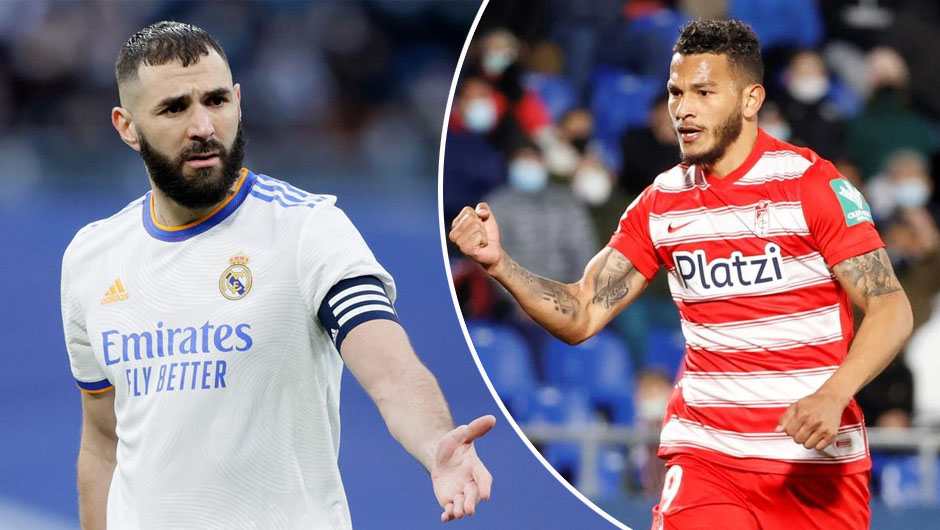 Real Madrid will play hosts to Granada in the La Liga matchday 23 on Sunday. The kick-off is at 22:00 CEST.

Even though it's Madrid who continue to lead the Spanish top flight standings with 50 points, four points clear of second-placed Sevilla, Carlo Ancelotti's men are coming into this clash following back-to-back winless matches. First, the Blancos were unable to beat Elche in the league (2-2) two weeks ago before being eliminated from the Spanish Cup at the hands of Athletic Bilbao on Thursday.

Granada, for their part, have failed to claim all three points in each of their four matches since the turn of the year and will travel to the Spanish capital on the back of consecutive defeats to Getafe (4-2) and Osasuna (2-0) before the winter break. As a result, Roberto Moreno's side have slipped down to 16th in the La Liga standings, just six points clear of the relegation zone.

While Ferland Mendy and Mariano Diaz are unavailable for the hosts due to injury, Vinicius Junior is out through suspension. Neyder Lozano and Santiago Ariasm in turn, won't help Granada on the weekend as the Colombian pair remain sidelined.

Madrid will be looking to return to winning ways in this one after straight slip-ups against Elche and Athletic. As Ancelotti's crop easily destroyed Granada 4-1 in the reverse fixture in late November, apparently the Blancos will have little problem making it two out of two against Moreno's men on Sunday, especially given the latter side's recent all but awful form.