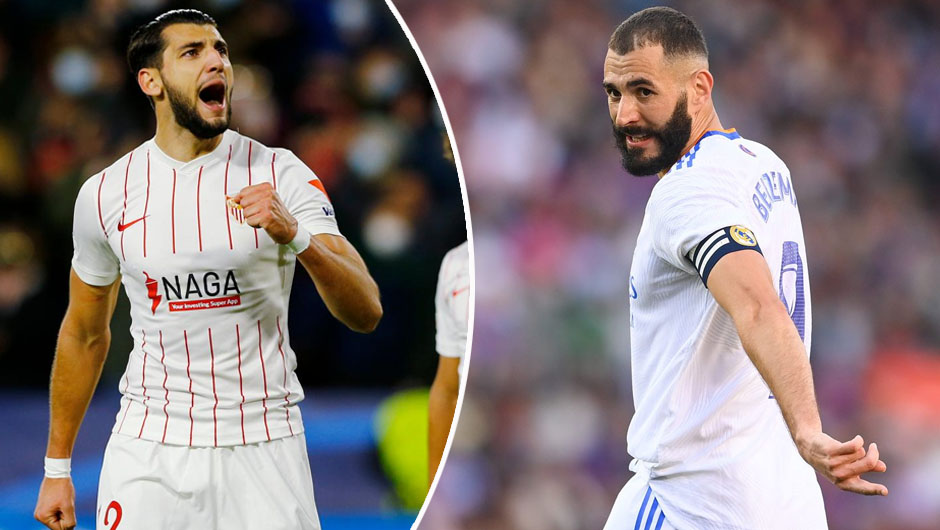 Real Madrid and Sevilla will take on each other in the La Liga matchday 15 at the Santiago Bernabeu on Sunday. The kick-off is at 22:00 CEST.

Even if Madrid said goodbye to Zinedine Zidane this summer, the Whites have barely noticed the Frenchman's departure as they continue to shine under the reign of Carlo Ancelotti. The Italian has led Real to nine wins in the 2021/22 Spanish top flight campaign so far, including a 4-1 thrashing of Granada last weekend, so the Madrid giants are coming into this clash sitting at the top of the league table with 30 points. What's more, the Whites also top their Champions League group stage standings following a 3-0 victory over Sheriff Tiraspol on Wednesday.

Sevilla, meanwhile, claimed a 2-0 win over Wolfsburg on the same day to stay in third in their CL group table ahead of the competiton's final matchday. As for their run in La Liga, Julen Lopetegui's crop have enjoyed a six-game unbeaten streak since losing to Granada in early October but couldn't beat Alaves in the previous matchday (2-2) to find themselves in third in the league standings with 28 points instead of being level on points with Madrid right now.

Real's Dani Ceballos and Gareth Bale will play no part on Sunday to injury while Federico Valverde remains doubtful for the same reason. Youssef En-Nesyri and Jesus Navas, in turn, are the two confirmed absentees in Sevilla's squad with Erik Lamela and Suso as the biggest doubts.

Given the Andalusians' all but perfect form this season so far, we'd say that Lopetegui's men are more than capable to put an end to Madrid's current five-game winning streak. What's more, Sevilla managed a 2-2 draw in their previous visit to Madrid in May, so let's say that the visitors will give their all to take all three points in this one, especially with a chance of leapfrogging Real at the top of the table at stake.