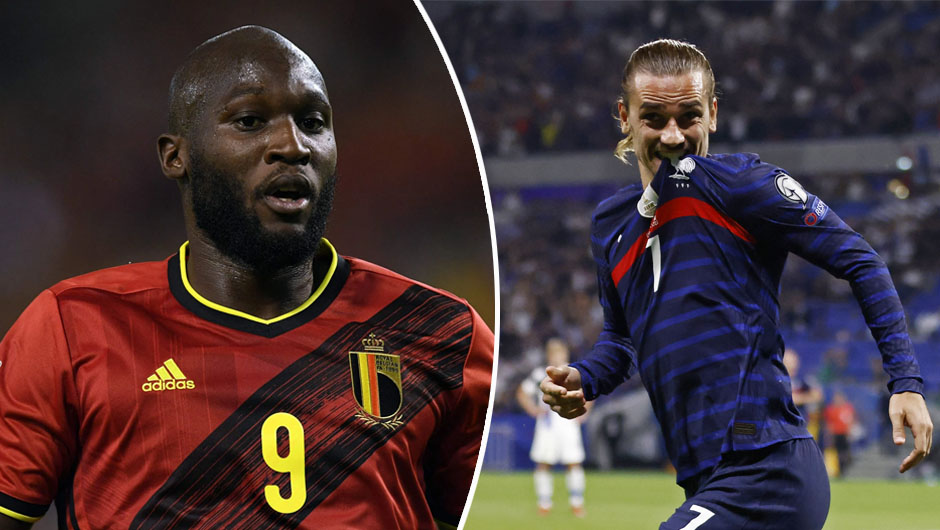 Belgium and France will lock horns in the 2020/21 Nations League semi-final at the Allianz Stadium on Thursday. The kick-off is at 20:45 CEST.

Despite being considered as the two major faourites to win this summer's European Championship, both Belgium and France were eliminated from the tournament in the quarter-final and the last-16 round respectively. While the Belgians' Euro 2020 path was ended by eventual continental champions Italy, the French side sensationally lost to Switzerland on penalties to make their dream of winning the European crown following their victory at the 2018 World Cup impossible.

Roberto Martinez's men, however, have responded to their another unsuccessful shot at a major title in a perfect manner by defeating Estonia (5-2), the Czech Republic (3-0) and Belarus (1-0) in the 2022 WC qualifiers last month. Didier Deschamps' side, on the contrary, have followed their Euro 2020 disappointment with back-to-back 1-1 draws Bosnia and Ukraine but returned to winning ways against Finalnd (2-0) on September 7.

Once key players in Martinez's set-up Dries Mertens, Christian Benteke and Divock Origi haven't been called up this time around but Kevin De Bruyne is coming to this encounter in what seems to be his best form - something the Red Devils certainly missed during this summer's Euros. N'Golo Kante, in turn, is the only significant absentee in the opposition's squad after testing positive for Covid-19 last week.

Well, it was an arguably huge surprise when the French FA decided to stick with Deschamps in the dugout following Les Bleus' all but disgraceful performance at Euro 2020, especially given the fact that Zinedine Zidane was available at that time. France's performances in the World Cup qualifying campaign last month have only intensified rumours over Didier's sacking and now Belgium could become the last nail in the coffin for the 52-year-old. As mentioned, the Belgians appear to be in a superior form to the one of their neighbours with Lukaku, De Bruyne and Eden Hazard all eager to gain revenge on France for a 1-0 loss in the 2018 WC semi-final. What's more, Les Bleus will be without Kante this time around, so let's back Martinez's crop to take one final step to the NL final where they could face either Italy or Spain.