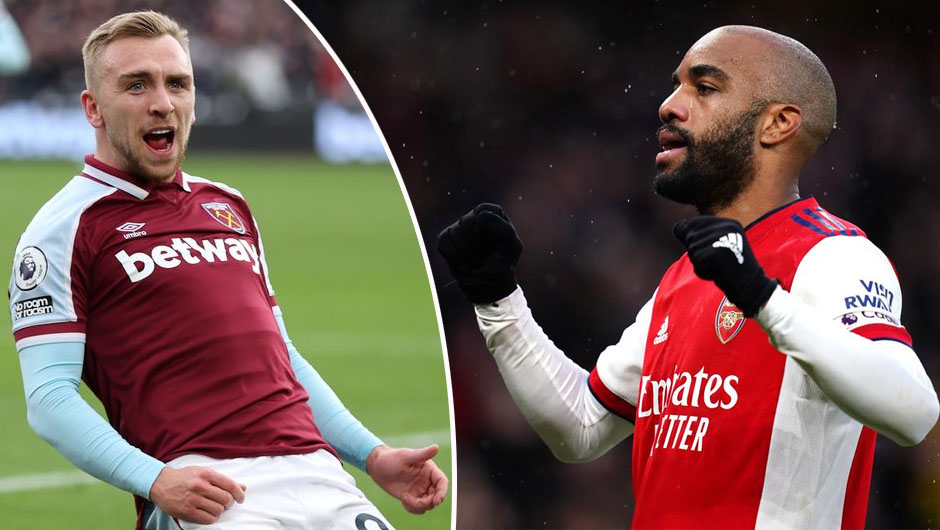 Arsenal will welcome West Ham to the Emirates Stadium in the Premier League matchday 17 on Wednesday. The kick-off is at 22:00 CEST.

It haven't been the best last few weeks for Arsenal in the English top flight as Mikel Arteta's men have only claimed two wins in their last five PL matches while losing the other three. Nevertheless, the Gunners have returned to winning ways in their most recent clash with Southampton thanks to goals from Alexandre Lacazette, Martin Odegaard and Gabriel Magalhaes (3-0) following back-to-back defeats at the hands of Manchester United (3-2) and Everton (2-1). As a result, Arsenal have found themselves in the sixth spot in the table with 26 points.

West Ham, for their part, have experinced even worse run of form over the same period of time, having won just one out of their previous five league fixtures. That was a 3-2 victory over Chelsea almost two weeks ago which was followed by a goalless stalemate at Burnley on Sunday. Still, the Hammers have managed to stay in the fourth position in the league table, two points above their forthcoming opponents.

It remains to be seen if Pierre-Emerick Aubameyang features in this one after being left out by Mikel Arteta for the Southampton matchday squad due to a disciplinary breach while Bernd Leno and Sead Kolasinac will certainly miss Wednesday's encounter due to respective injury woes. Ben Johnson, Kurt Zouma, Ryan Fredericks and Angelo Ogbonna, meanwhile, are all unavailable for West Ham through injury.

While we would've given the Hammers a slight advantage in the upcoming North East London derby just over a month ago, it's hard to envisage David Moyes' crop taking all three points this time around given all their absentees in defence - something that has led to their poor run of form lately. Still, West Ham still have enough attacking fire power to turn Wednesday's clash into an entertaining game with goals at both ends at the Emirates Stadium.