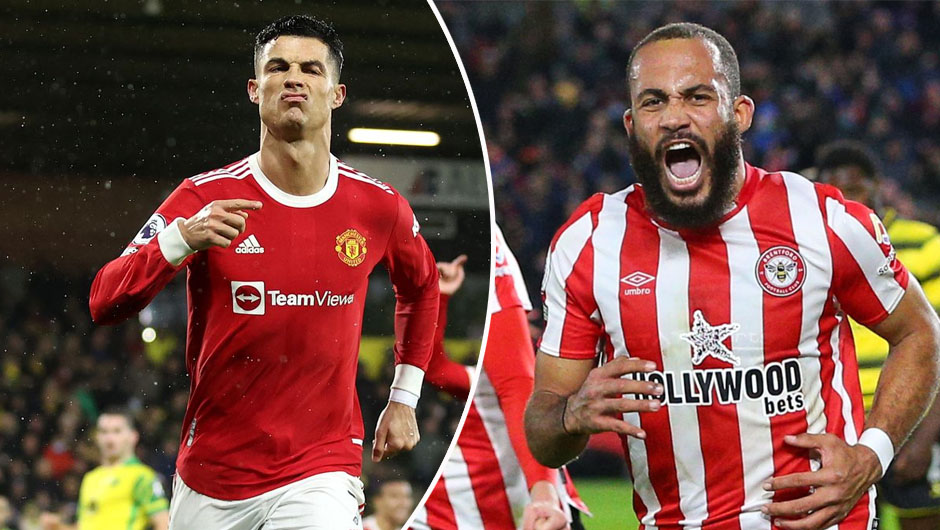 Brentford will play hosts Manchester United in the Premier League matchday 17 on Tuesday. The kick-off is at 21:30 CEST.

It would be fare to say that Brentford have fared quite well in their first season in the English top flight since 1947 as Thomas Frank's men have found themselves in the 10th place in the table following a 2-1 comeback victory over Watford on Friday when Pontus Jansson and Bryan Mbuemo canceled Emmanuel Dennis' opener at the Brentford Community Stadium. That was the Bees' second win in their last five PL matches and now they'll be aiming for all three points against Man United who are getting used to their new interim manager Ralf Rangnick.

While the Red Devils rather managed to impress in the German's first game in charge when they claimed a 1-0 victory over Crystal Palace last week, United were lucky enough to avoid a loss at Norwich on Saturday mainly due to David de Gea's another incredible performace. Cristiano Ronaldo, meanwhile, secured vital three points for his side from the penalty spot and thus the Red Devils will travel to Brentford sitting in fifth in the PL standings, just one point adrift of fourth-placed West Ham (27).

Kristoffer Ajer, Mathias Jorgensen, Josh Dasilva, David Raya, Julian Jeanvier and Ivan Toney are all unavailable for the hosts for different reasons while Raphael Varane, Paul Pogba, Anthony Martial and Edinson Cavani will play no part for the visitors on Tuesday through respective injury woes.

The forthcoming encounter at the Brentford Community Stadium certainly won't be an easy walk for United as the Bees have already taken points away from Arsenal (2-0), Liverpool (3-3) and West Ham (2-1) this season so far. Even without a number of their key players, Brentford continue to establish themselves as the real force in the Premier League and we wouldn't be surprised if Frank's crop manage to find the back of De Gea's net at least once this time around. Still, the Red Devils remain the hot favourites to take all three points in this one, considering Rangnick's 100% record in the league so far.

Manchester United to win or draw and both teams to score at 2.21 with 1XBET.