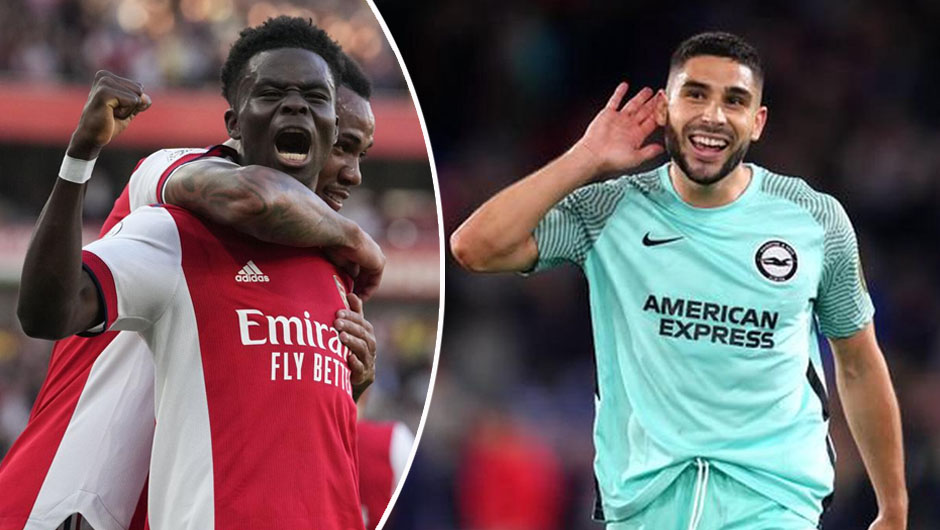 Brighton will play hosts to Arsenal in the Premier League matchday 7 on Saturday. The kick-off is at 18:30 CEST.

Believe it or now but Brighton could've been at the very top of the PL standings ahead of Arsenal's visit to Falmer Stadium but their 1-1 draw with Crystal Palace on Monday had left Graham Potter's men in sixth, level on points with both Manchester giants, Chelsea and Everton who all have 13 points after six games in the 2021/22 campaign. Before the most recent stalemate, the Seagulls had won five league matches while losing once to the Toffes.

Arsenal, on the contrary, had endured a disappointing start to the season, including consecutive defeats at the hands of Brentford, Chelsea and Man City in the opening three matchdays, but will travel to the southern coast of England on the back of a four-game winning streak across all competitions which includes a 3-1 thrashing of their North London rivals Tottenham last weekend. Thus, the Gunners occupy the 10th spot in the table with nine points.

Adam Webster, Steven Alzate and Danny Welbeck will definitelly miss Saturday's clash for Brighton through respective injury woes while Yves Bissouma remains the biggest injury doubt in Potter's squad due to a minor injury issue. Granit Xhaka, meanwhile, is the only injury absentee in Arteta's squad.

Even though Arsenal appear to have found their feet again in recent weeks, we wouldn't be surprised if Brighton manage to stop their current winning run on the weekend, given the Seagulls' impressive start to the season. What's more, Potter's crop have defeated the Gunners twice in four head-to-head meetings since Arteta's appointment in 2019 so the former manager definitely knows how to cause the London giants major problems in the forthcoming clash as well. Hence, let's stick with BTTS in this clash which promises to be a quite entertaining one.