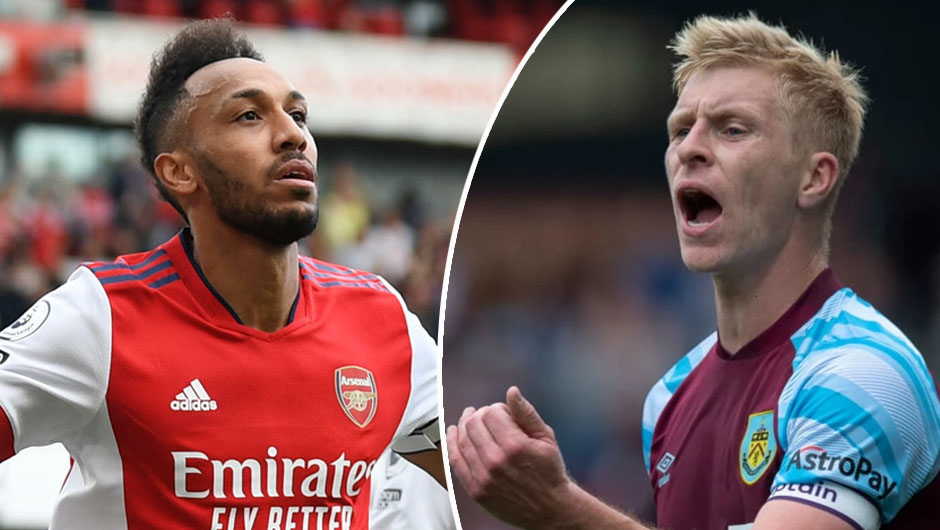 Burnley will welcome Arsenal to Turf Moor in the Premier League matchday 5 on Saturday. The kick-off is at 16:00 CEST.

With just one point taken from the opening four matches in the 2021/22 PL season, Burnley are 18th in the table ahead of Arsenal's visit to Lancashire. Sean Dyche's men had suffered back-to-back defeats to Brighton and Liverpool in the league before eliminating Newcastle United from the EFL Cup in the fifth round in late August. Then, the Clarets drew Leeds United in the Premier League but will play hosts to the Gunners on the back of a bitter 3-1 loss at the hands of Everton last weekend.

Mikel Arteta's side, in turn, sit in 16th in the standings following one of their worst starts to a season in the English top flight in years. Arsenal had lost their three opening games in the Premier League this term to Brentford, Chelsea and Manchester City but managed to return to winning ways against Norwich in the previous matchday thanks to Pierre-Emerick Aubameyang's winner at the Emirates Stadium. As well as their forthcoming opponents, the Gunners have progressed to the next round of the EFL Cup at the expense of West Bromwich (6-0).

Dale Stephens, Connor Roberts and Kevin Long won't help the hosts on Saturday due to respective injury woes while Rob Holding and Mohamed Elneny won't travel to Turf Moor for the same reason. Arsenal captain Granit Xhaka, meanwhile, is suspended for this one following his red card against the Cityzens.

Arsenal badly need points on the weekend and the fact that the likes of Ben White, Gabriel, Thomas Partey and Alexandre Lacazette have returned to the starting XI from injuries lately arguably makes them the hot favourites in this one. The Gunners, on the other hand, have failed to beat the Clarets in three league games since Arteta's appointment in 2019 (2D, 1L) so let's not write Dyche's crop off too early. Since the sides hadn't scored more than two goals combined in those three clashes, we'd say that you should except a narrow outcome in this one too.