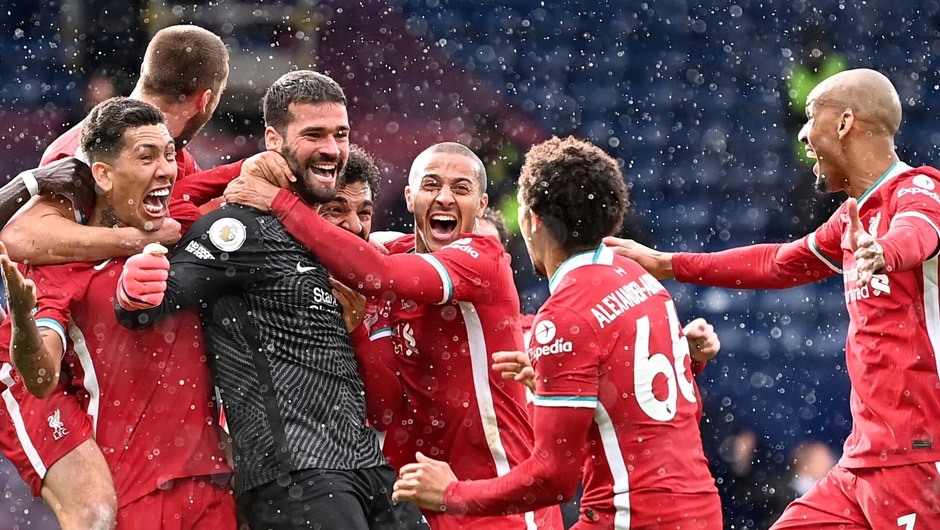 Burnley will take on Liverpool in the Premier League matchday 37 at Turf Moor on Wednesday. The kick-off is at 21:15 CET.

It's been just two days since Alisson Becker made the headlines across the world for his historic header against West Bromwich. It's not every day a Premier League goalkeeper scores a goal but the Brazilian managed to make it even more significant as his 95th-minute strike earned Liverpool vital three points (2-1) at the Hawthorns. Therefore, fifth-placed Jurgen Klopp's men are still very much in the top-four race being one and three points adrift of Chelsea and Leicester City who sit in fourth and third respectively, at the time of writing.

Burnley, for their part, have reached their main goal this term as Sean Dyche's side will be staying in the English top flight for the 2021/22 campaign with Fulham, West Brom and Sheffield Utd getting relegated to the Championship. The Clarets will play hosts to the Reds on the back of a 4-0 thrashing at the hands of Leeds United on Saturday and it looks like Burnley are not particularly interested in the remaining two matches of the season following the news over their PL survival.

While Ozan Kabak, Jordan Henderson, Virgil van Dijk, Joe Gomez, Joel Matip and Ben Davies won't help Liverpool in the remainder of the season, Diogo Jota returned to the club's treatment room after picking up an injury over the weekend. Naby Keita and James Milner, meanwhile, remain doubtful for the visitors.

The hosts, in turn, will be without Robbie Brady, Phil Bardsley and Kevin Long while Nick Pope and Dale Stephens haven't yet been given the green light to feature on Wednesday.

Even though Liverpool are placed as favourites to claim their fourth consecutive victory at Turf Moor since 2018, it were Burnley who started the Reds' run of nine defeats acorss all competitions since the turn of the year with a 1-0 victory at Anfield in January. Moreover, Klopp's side also failed to beat the Clarets in their home head-to-head meeting with the Clarets last season (1-1). Still, Liverpool will be extra motivated to keep their top-4 aspirations alive and thus we do expect the visitors to get the job done in what promises to be a quite close encounter.