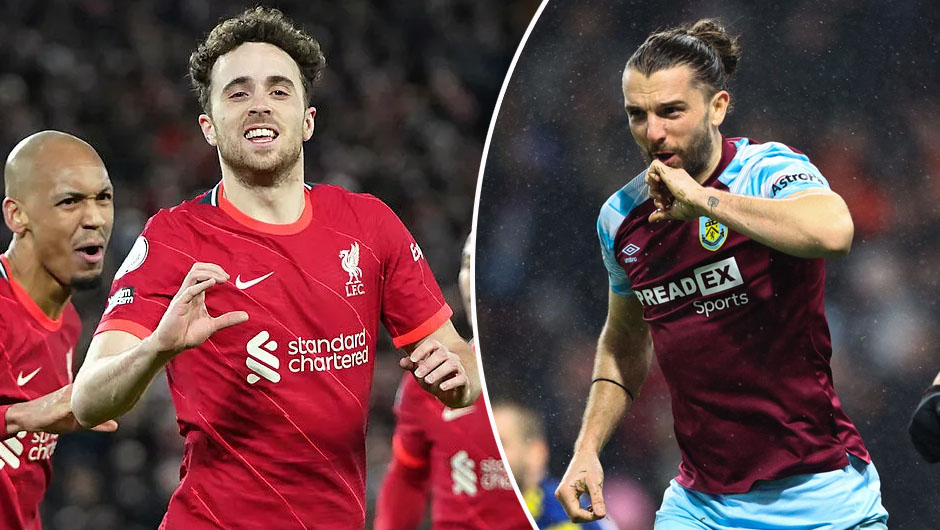 Burnley will welcome Liverpool to Turf Moor in the Premier League matchday 25 on Sunday. The kick-off is at 16:00 CEST.

Given that Burnley have only won once in the 2021/22 PL campaign, Sean Dyche's men are coming into this encounter on the back of a rather successful run of three straight draws in the English top flight. What's more, the Clarets' current run includes stalemates against Arsenal (0-0) before the winter break and Manchester United (1-1) on Tuesday. However, Burnley are still at the very bottom of the table with 14 points, four points adrift of relegation-safe Newcastle United but with two games in hand over the Magpies.

Liverpool, meanwhile, claimed a 2-0 win over Leicester City on Thursday to continue their chase of Manchester City at the opposite end of the PL standings. As things stand now, Jurgen Klopp's side are nine points behind the current Premier League leaders who have played one game more than Pep Guardiola's crop.

While Matej Vydra and Johann Berg Gudmundsson remain unavailable for the hosts due to respective injury woes, the visitors have no confirmed absentees for this clash.

Even though the Clarets managed to hold Arsenal and Man United to narrow draws recently, it doesn't seem likely that they are going to extend their current unbeaten run in the league to four consecutive matches on Sunday. The thing is that the Reds look too good to compete with at this stage of the season having won each of their last five games in all competitions while going unbeaten in eight straight encounters since the turn of the year. Thus, let's back Klopp's side to a confident victory on the weekend.