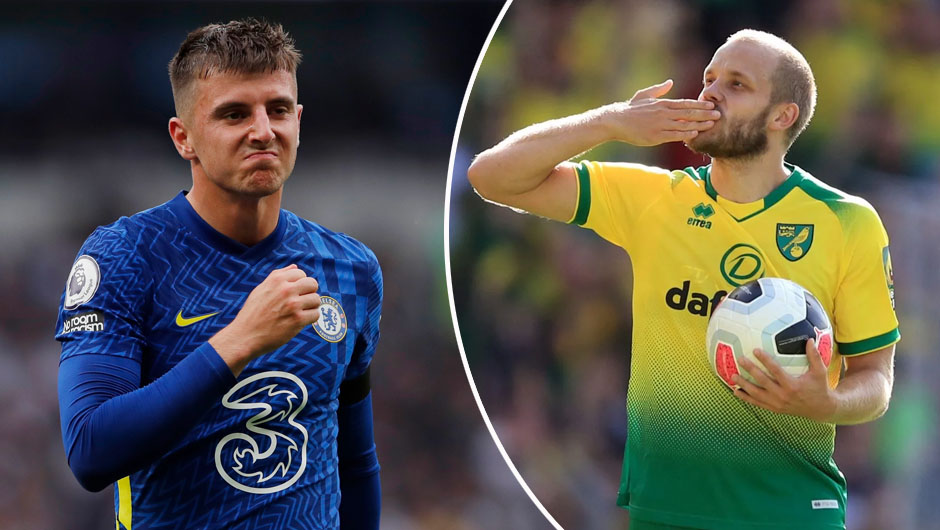 Chelsea will play hosts to Norwich City in the Premier League matchday 9 on Saturday. The kick-off is at 13:30 CEST.

Even though Chelsea have followed their 1-0 loss at the hands of Manchester City in the matchday 6 on September 25 with a Champions League defeat to Juventus with the same scoreline in the following game, Thomas Tuchel's men have won three games across all competitions on the bounce since then. The latest victory took place at Stamford Bridge on Wednesday when the Blues destroyed Malmo 4-0 in their CL group-stage clash courtesy of Jorginho's brace and goals from Andreas Christensen and Kai Havertz. Before that European triumph, Chelsea claimed all three points at Brentford in the domestic league to stay at the top of the standings with 19 points.

Norwich, meawhile, have only earned two points in the current English top flight campaign and now sit in the 20th spot in the table. Nevertheless, Daniel Farke's side will travel to London on the back of a two-game unbeate streak as the Canaries claimed their only points this term in the two most recent league encounters with Burnley (0-0) and Brighton (0-0).

Timo Werner and Romelu Lukaku won't help the Blues on the weekend after suffering respective injuries against Malmo in mid-week while Cheristian Pulisic remains doubtful for this one with an ankle probllem. Sam Byram and Christoph Zimmermann, in turn, are not going to be involved at the Bridge as the Norwich duo remain on the sidelines with long-term injuries.

Well, you certainly don't really expect anything but a confident win for Chelsea in this one given both sides' positions in the Premier League standings ahead of their head-to-head meeting on Saturday. What's more, Norwich have failed to score in any of their last three league matches and thus we also can't envisage Farke's men finding the back of Edouard Mendy's net this time around too.