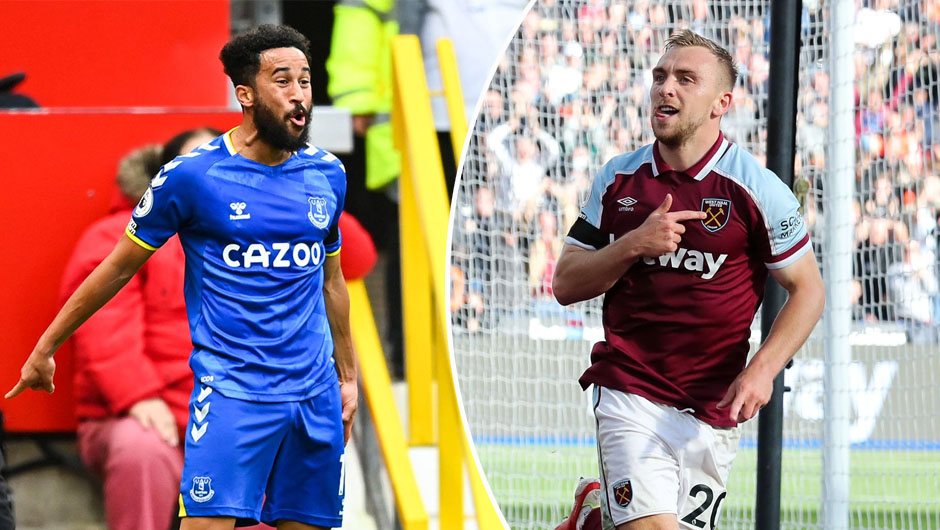 Everton will take on West Ham in the Premier League matchday 8 at Goodison Park on Sunday. The kick-off is at 15:00 CEST.

Even though many Everton fans didn't really welcome Rafael Benitez's appointment at the helm of the club this summer, given the Spaniard's Anfield past, the former Liverpool manager continues to prove his critics wrong as the Toffees have only suffered one loss in seven PL matches so far. The defeat took place in Birmingham on September 18 when Aston Villa thrashed Everton 3-0. Benitez's men, however, have go on to beat Norwich City 2-0 and hold Manchester United to a 1-1 draw in their most recent game before October's international break. As things stand now, the Toffees are fifth in the league table with 14 points, just two points behind leaders Chelsea.

West Ham, on the other hand, have already been beaten twice in the 2021/22 English top flight campaign with the latest loss taking place in a home encounter with the league's newcomers Brentford (2-1) on October 3. David Moyes' side now sit in ninth in the standings, three points adrift of their fortcoming opponents, and it would be fair to say that the Hammers' results in the domestic league have been massively affected by their participation in the Europa League where they've claimed victories against Dinamo Zagreb and Rapid to find themselves at the top of Group H after the matchday 2.

While Fabian Delph is the only confirmed absentee in Benitez's squad, Andre Gomes, Richarlison and Dominic Calvert-Lewin all remain doubtful through respective injury woes. West Ham's Ryan Fredericks and Vladimir Coufal, in turn, are yet to be given the green light to feature on the weekend as the pair have only recently recovered from respective groin issues.

Even without their key attacking due Richarlison and Calvert-Lewin, the Toffees managed to share points with United at Old Trafford earlier this month, so we'd rather stick with the hosts in this one, especially considering the fact that Everton have won each of their three gome matches this term so far. What's more, the Hammers will be facing Genk in the EL already on Thursday - something that will definitely influence Moyes' decisions on Sunday.