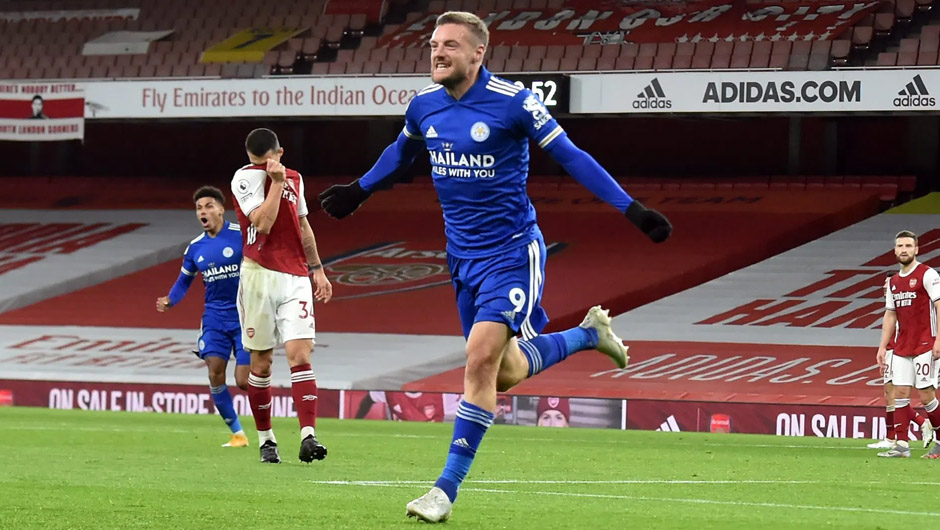 Leicester City and Arsenal will take on each other at the King Power Stadium in the Premier League matchday 26 on Sunday. The kick-off is at 12:00 GMT.

The Foxes continue their rise to the top as Brendan Rodgers' side are currently third in the league table, level on points with Man United who sit in second - 49. After last week's 2-1 victory at Aston Villa, Leicester were eliminated from the Europa League by Slavia Prague on Thursday. Nevertheless, the fact that the Foxes are out of the European competition could only make them a favour as Rodgers' men face a fierce battle for the top-four finish in the PL this term.

Arsenal, on the other hand, have made it to the EL last-16 round after their double-header against Benfica in the previous stage. Mikel Arteta's side, however, dropped to 11th in the Premier League standings after last weekend's 1-0 loss to league leaders Manchester City.

Arteta, in turn, has a fully fit squad at his disposal aside from Rob Holding who remains doubtful due to the concussion protocols.

Even though the Gunners remain unbeaten in the Europa League after eight matches this season, the North London club have endured one of their worst campaigns in the English top flight so far. Leicester, on the contrary, could realistially end the 2020/21 season as runners-up to Man City. The Foxes beat Arteta's side 1-0 at the Emirates Stadium thanks to Jamie Vardy's strike in October and are very likely to make it two out of two against Arsenal this term on Sunday.